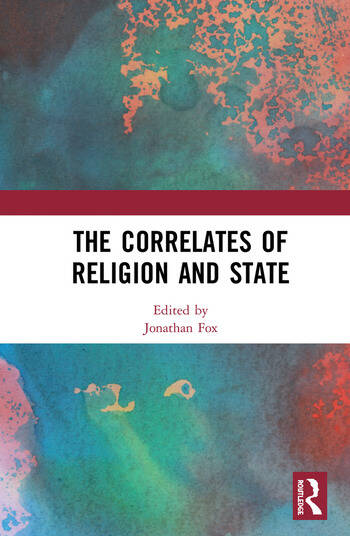 In this collection the authors examine the impact of state religion policies on interstate militarized disputes, violent domestic conflict, terrorism, and voting for political parties. They also examine some of the factors that influence state religion policy, including the attitudes of citizens toward religion and religious minorities, free and open elections, and having an independent judiciary.

This book was originally published as a special issue of the journal Religion, State & Society.

1. The correlates of religion and state: an introduction

2. A world survey of secular-religious competition: state religious policy from 1990 to 2014

8. Compliance gaps and the failed promises of religious freedoms