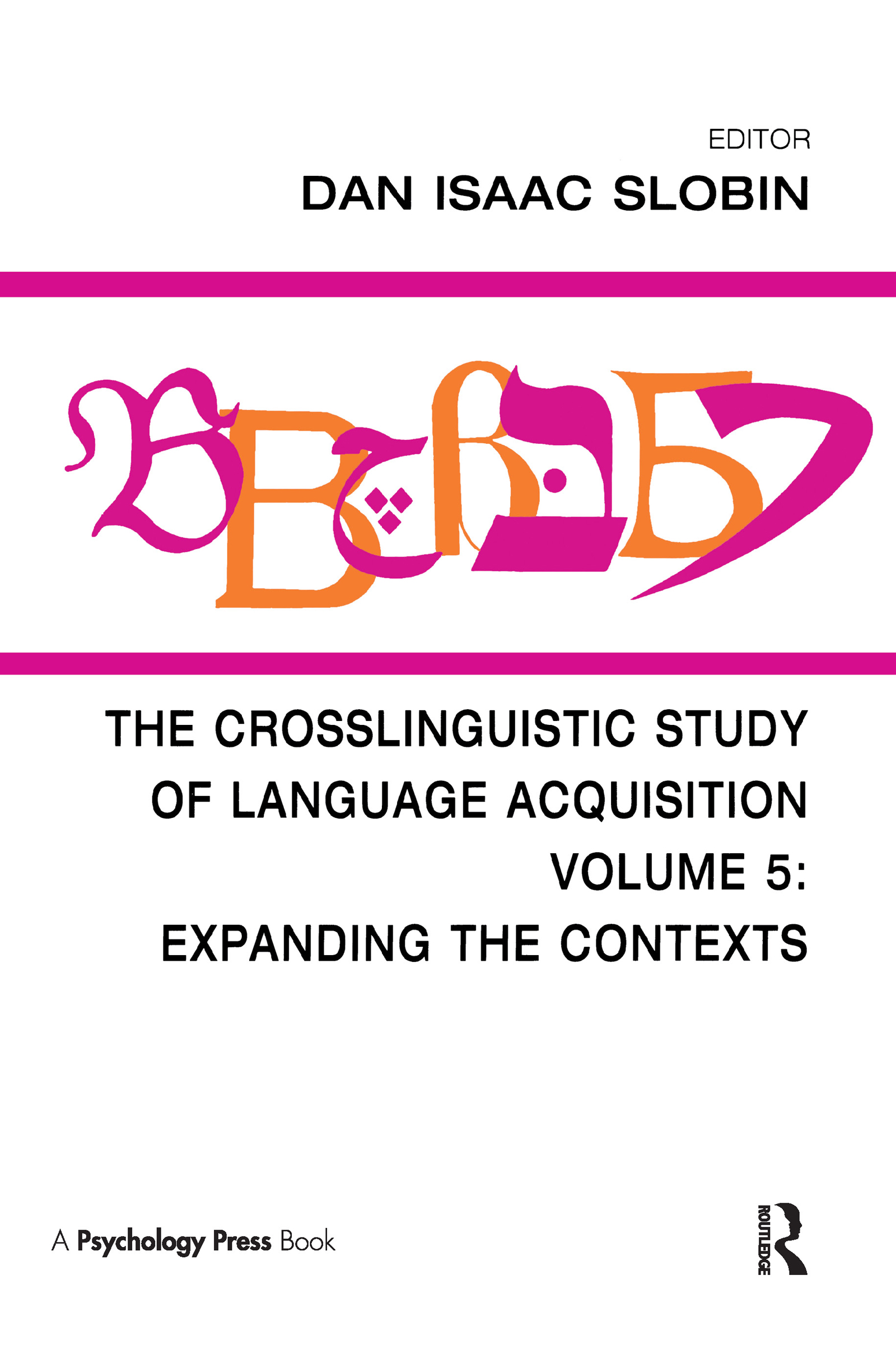 The Crosslinguistic Study of Language Acquisition

In this final volume in the series, the contributors attempt to "expand the contexts" in which child language has been examined crosslinguistically. The chapters build on themes that have been touched on, anticipated, and promised in earlier volumes in the series. The study of child language has been situated in the disciplines of psychology and linguistics, and has been most responsive to dominant issues in those fields such as nativism and learning, comprehension and production, errors, input, and universals of morphology and syntax. The context has primarily been that of the individual child, interacting with a parent, and deciphering the linguistic code. The code has been generally treated in these volumes as a system of morphology and syntax, with little attention to phonology and prosody. Attention has been paid occasionally to the facts that the child is acquiring language in a sociocultural setting and that language is used in contexts of semantic and pragmatic communication.

In addition, there has been a degree of attention paid to the interactions between language and cognition in the process of development. As for individual differences between children, they have been discussed in those studies where they could not be avoided, but such variation has rarely been the focus of systematic attention. Differences between individual languages have been of great interest, but these differences have not often been placed in a framework of systematic typological variation. And although languages and their grammars change over time, the focus of attention on the individual child learner has generally led to neglect of explanatory principles that are best found on the level of linguistic diachrony, rather than the level of innate ideas or patterns of learning and cognition in the individual child. The chapter authors seek to explore these neglected contexts in more depth.

"This is the fifth volume in a renowned series…the volume will reward those who wish to delve deeply. There is much here of interest for any serious scholar of language development."

"…it is a considerable merit of this volume that, even where its contributors do not offer definitive answers, the presentation of the problems involved is such as to arouse the reader's interest and stimulate further discussion. In addition, this thought-provoking and substantial book will, I think, not only provide useful and illuminating reading for researchers and students in the fields of psycholinguistics and developmental psychology, but also go beyond these purely specialist interests."