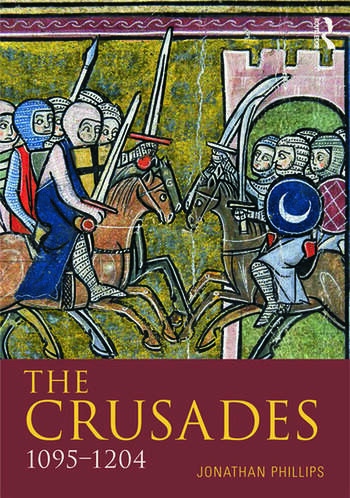 This new and considerably expanded edition of The Crusades, 1095-1204 couples vivid narrative with a clear and accessible analysis of the key ideas that prompted the conquest and settlement of the Holy Land between the First and the Fourth Crusade.

This edition now covers the Fourth Crusade and the Sack of Constantinople, along with greater coverage of the Muslim response to the Crusades from the capture of Jerusalem in 1099 to Saladin’s leadership of the counter-crusade, culminating in his struggle with Richard the Lionheart during the Third Crusade. It also examines the complex motives of the Italian city states during the conquest of the Levant, as well as relations between the Frankish settlers and the indigenous population, both Eastern Christian and Muslim, in times of war and peace. Extended treatment of the events of the First Crusade, the failure of the Second Crusade, and the prominent role of female rulers in the Latin East feature too.

Underpinned by the latest research, this book also features:

- a ‘Who’s Who’, a Chronology, a discussion of the Historiography, maps, family trees, and numerous illustrations.

- a strong collection of contemporary documents, including previously untranslated narratives and poems.

- A blend of thematic and narrative chapters also consider the Military Orders, kingship, warfare and castles, and pilgrimage.

This new edition provides an illuminating insight into one of the most famous and compelling periods of history.

Acknowledgements.  List of illustrations. Chronology. Who’s Who.  Genealogies of the Rulers of Jerusalem and Antioch.  1. Introduction.  2. The First Crusade.  3. The early decades of the Latin East c. 1097–c. 1152: Establishment and consolidation.  4. The challenges of a new land: Frankish rule and settlement.   5. The military orders.  6. The Second Crusade.  7. Warfare, strategy and castles in the Levant.  8. The aftermath of the Second Crusade: Recovery and expansion.  9. The Frankish rulers of the Levant: Power and succession, c. 1100–74.  10. Religious life and pilgrimage in the Levant.  11. The reign of Baldwin IV, the Leper-King, the rise of Saladin.  12. The Third Crusade and beyond.  13. The Fourth Crusade and the Sack of Constantinople.  14. Conclusion: The impact of the Crusades.  Documents.  Bibliography.  Index.

Jonathan Phillips is Professor of Crusading History at Royal Holloway, University of London. He has written widely on the subject, including The Second Crusade: Extending the Frontiers of Christendom (2007), and Holy Warriors: A Modern History of the Crusades (2009); he has also appeared in numerous television programmes, such as The Crusades: The Crescent and the Cross.