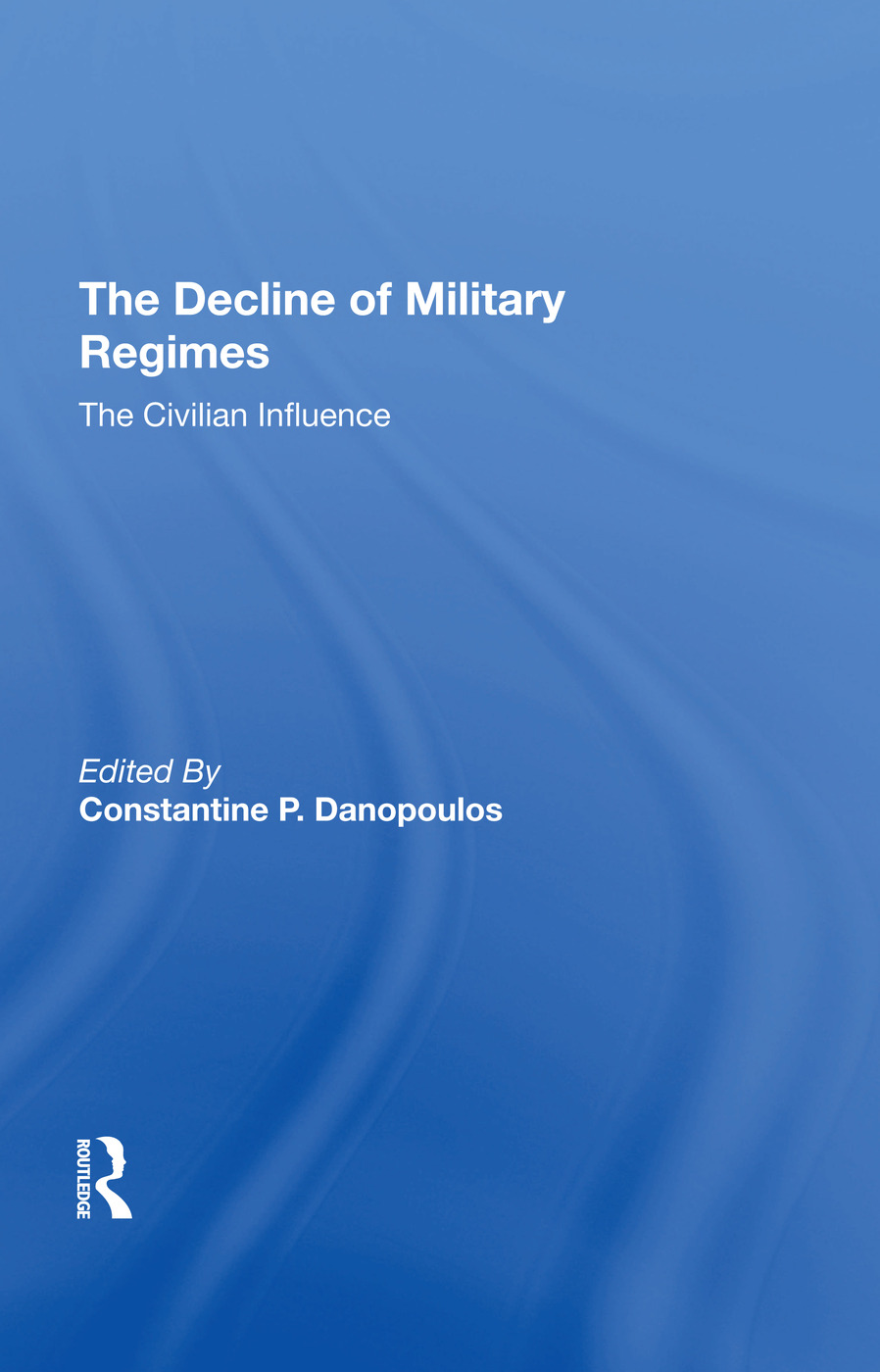 The Decline Of Military Regimes

Many generous people deserve special thanks for their assistance in the preparation and completion of this project. I wish to express my gratitude to each of the contributors for agreeing to tackle a difficult and inherently controversial subject. I am only sorry that C.I. Eugene Kim did not live long enough to see the fruits of his labor; he will be sorely missed by all of us who knew him. The Third World and the military do not respond easily to scrutiny by social scientists. Many colleagues and referees read all or part of the manuscript; I am grateful to Professors Richard Lane, Roy Christman, and Bob Kumamoto of San Jose State University and Timothy Lukes of Santa Clara University, who offered numerous helpful• comments. My parents, Panos and Athanasia Danopoulos, my brother George and his wife, Niki, my aunt Areti Paraskevopoulou, and my koumbaro George Nikoletopoulos have provided boundless moral support. Polly Taylor's expert typing and coding made the preparation of the typescript possible. Finally, my wife, Vickie, and our two sons, Panos and Andreas, deserve special thanks for their willingness to endure the long hours that writing and manuscript preparation entail. Though helpful, none of these people bear any responsibility for any problems associated with this volume. Responsibility for the accuracy and scholastic quality of what follows belongs to the contributors and myself.