The Degradation of the International Legal Order?
The Rehabilitation of Law and the Possibility of Politics 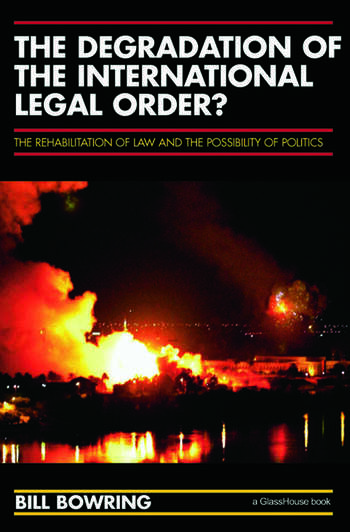 The Degradation of the International Legal Order?: The Rehabilitation of Law and the Possibility of Politics

Providing the basis for critical engagement with the pessimism of the contemporary age, The Degradation of the International Legal Order? argues passionately for a rehabilitation of the honour of historic events and processes, and of their role in generating legal concepts. Drawing primarily from the Marxian tradition, but also engaging with a range of contemporary work in critical theory and critical legal and human rights scholarship, this book analyses historical and recent international events and processes in order to challenge their orthodox interpretation. What is thus proposed is a new evaluation of international legal principles and human rights norms, the revolutionary content of which, it is argued, turns them from mere rhetoric into powerful weapons of struggle.

Accessibly written, but theoretically sophisticated, this original and timely book is intended for critical teachers and students of international law, human rights, and international relations, as well as legal and political activists.

Bill Bowring is Professor of Law at Birkbeck, University of London, and a practising barrister. His research interests include international law, human rights and Soviet and Russian law. He is also a legal and political activist and has taken many cases to the European Court of Human Rights. 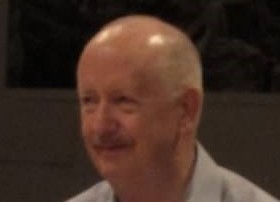 "Extraordinarily erudite and rigorous, this is a virtuoso critical defence of international law and human rights, from attacks from the right, cynicism from the left, and, perhaps most damaging of all, from their so-called friends, those cheerleaders who relentlessly cite them as justification for imperial projects." - China Miéville, author of Between Equal Rights: A Marxist Theory of International Law (Brill, 2005)

"Generosity of spirit, intellectual curiosity and political conviction shine through this book. Bill Bowring opens up current debates on our political orientation to international law and uncovers the equivocal role of international law in contemporary capitalism. This is a fine work of engagement as well as scholarship." - Robert Fine, Professor of Sociology at Warwick

"The book is really very good, and is certainly worth buying for anyone who is interested in international law... [The Degradation of the International Legal Order?] represent[s] an excellent contribution to the growing debate on Marxist theories of international law. Whilst it is theoretically complex it is written in a clear, concise style." - Robert Knox, Law and Disorder (http://pashukanis.blogspot.com), April 2008

"In this remarkably insightful monograph, Bill Bowring offers rich provocation concerning some current practices undermining the foundational doctrines of international law and the parlous state of the theory and practice of human rights." - Upendra Baxi, The Journal of Law and Society, vol.35 No.4

"This book provides a challenging and innovative outlook on human rights from the viewpoint of Russia; an interesting and refreshing perspective in an era apparently dominated by the triumph of Western capitalism...It tackles a complex subject in a clear and accessible manner that will be of considerable relevance and interest to schools of both politics and law. It is a crucial addition to the library of any student and scholar who is concerned with political philosophy, the development of international law and human rights, and the manner in which the agendas of these vitally important issues has been appropriated and often distorted by both Left and Right." - Julia J. A. Shaw, Law and Society Review, Volume 43, Issue 3, September 2009

"Bill Bowring offers a stinging critique of the US and UK’s abuse of international law and the steady erosion of the UN legal framework in the post-ColdWar era. His argument comprises a compelling mixture of theory and practice, drawing on his personal experiences as a human rights lawyer and his impressive grasp of political philosophy and legal theory...This highly informative and extensively researched book constitutes a refreshing union of critique and prescription. In contrast to the realists, cynics and the many jaded and disillusioned academics of international law, Bowring maintains an impassioned belief in the potential of law for human emancipation." - Aidan Hehir, University of Westminster, Political Studies Review: 2010, Vol 8