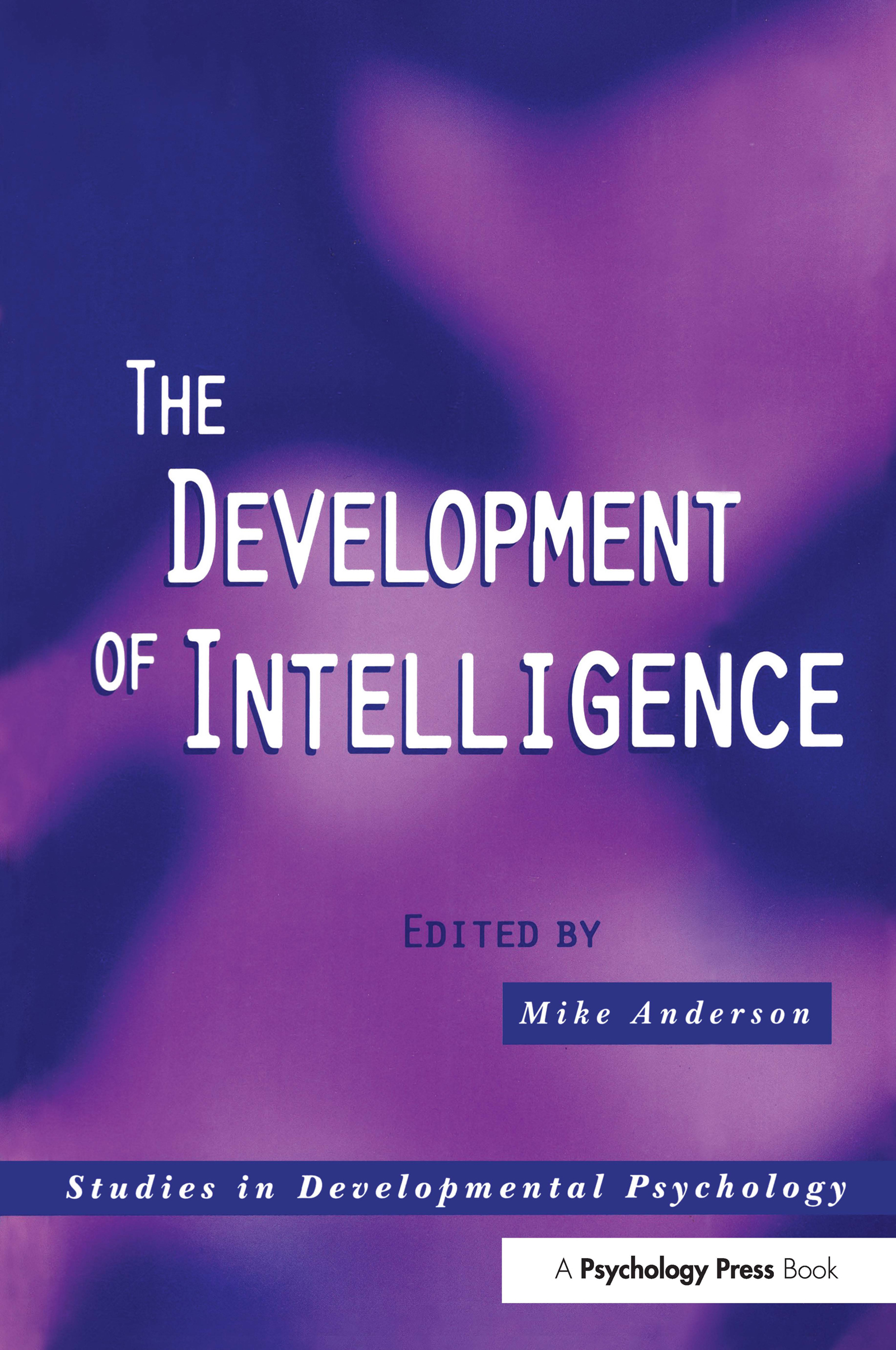 The Development of Intelligence

The Development of Intelligence is an attempt to influence the next generation who will research the central question of this book - what is the nature of intelligence and how does it develop? The book provides a contemporary review of methods and theories of the development of intellectual abilities from infancy to adulthood by the major researchers in the field. It is unusual, because edited books usually bring together a collection of researchers who publish in the same journals, attend the same conferences and so on. In this case, the contributors come from quite different research areas with different approaches. The editor deliberately selected a group of eminent researchers with diverse and often conflicting theoretical orientations who use a wide range of different research methodologies. Consequently, there is coverage of a range of topics not usually found in a single book, including: the measurement of intelligence; infancy predictors of later IQ differences; developmental behaviour genetics; theories of cognitive change; general intelligence and specific abilities; multiple intelligences; savant syndrome; cognitive development in the intellectually disabled; and intervention studies. A concluding chapter by the editor pulls together the main themes generated by the contributors and sets out a new research agenda for developmental studies of intellectual abilities.

'Excitement generated by intelligence research approaches that generated by issues of sex and money, because deep down people understand that intelligence is important, it always has been, and it always will be. Anderson and his colleagues' work provides a rational and clear-headed overview of the scientific study of this valued attribute. If you want to learn something about it, then this book is a good place to start.' - APA Review of Books

'Anderson's lively writing and vision as editor make this book successful in achieving its goal of summarizing what is known about the developmental nature of intelligence for newcomers to the field.' - Intelligence

Studies in Developmental Psychology is a series of edited texts covering a wide range of topics in developmental psychology (including social development, cognitive development, developmental neuroscience, and language development). These books are aimed at advanced undergraduate or graduate students, and each gives an up-to-date overview of a given area with chapters written by leading experts in each field.