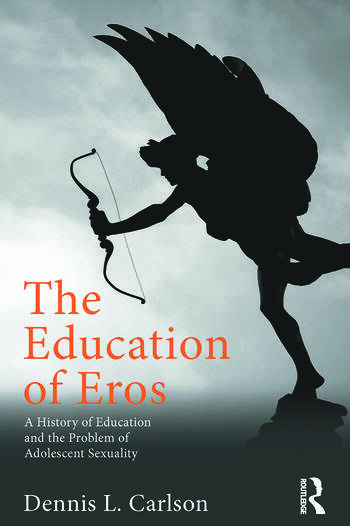 The Education of Eros: A History of Education and the Problem of Adolescent Sexuality

The Education of Eros is the first and only comprehensive history of sexuality education and the “problem” of adolescent sexuality from the mid-20th century to the beginning of the 21st. It explores how professional health educators, policy makers, and social and religious conservatives differed in their approaches, and battled over what gets taught about sexuality in schools, but all shared a common understanding of the adolescent body and adolescent desire as a problem that required a regulatory and disciplinary education. It also looks the rise of new social movements in civil society and the academy in the last half of the 20th century that began to re-frame the “problem” of adolescent sexuality in a language of rights, equity, and social justice. Situated within critical social theories of sexuality, this book offers a tool for re-framing the conversation about adolescent sexuality and reconstructing the meaning of sexuality education in a democratic society.

Introduction.
Acknowledgements.
Chapter One: Constructing the "Normal" Adolescent: 1950s and 1960s
Chapter Two: SIECUS, "Value-Neutral" Sex Education, and the Battle in Anaheim
Chapter Three: The "Problem" of Teen Pregnancy and the Welfare Mother: 1960s and 1970s
Chapter Four: From the Problem of the Homosexual to the Problem of Homophobia
Chapter Five: The Plague: AIDS/HIV Education and Activism in the 1980s
Chapter Six: The Abstinence-Only Era and the Welfare Reform Act of 1996
Chapter Seven: Foucault, Disciplinary Power, and Care of the Self
Chapter Eight: Cultural Studies and the Social Construction of the Adolescent Body
Chapter Nine: Conclusion