The Ethics of Abortion
Women’s Rights, Human Life, and the Question of Justice 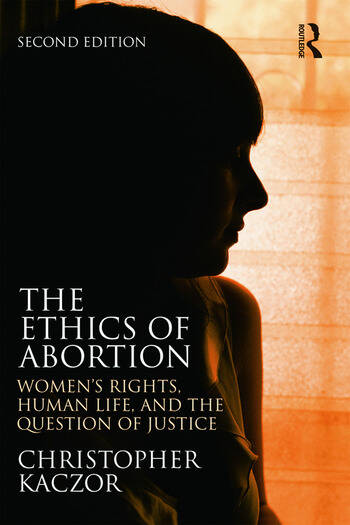 The Ethics of Abortion: Women’s Rights, Human Life, and the Question of Justice

Appealing to reason rather than religious belief, this book is the most comprehensive case against the choice of abortion yet published. This Second Edition of The Ethics of Abortion critically evaluates all the major grounds for denying fetal personhood, including the views of those who defend not only abortion but also post-birth abortion. It also provides several (non-theological) justifications for the conclusion that all human beings, including those in utero, should be respected as persons. This book also critiques the view that abortion is not wrong even if the human fetus is a person. The Ethics of Abortion examines hard cases for those who are prolife, such as abortion in cases of rape or in order to save the mother’s life, as well as hard cases for defenders of abortion, such as sex selection abortion and the rationale for being "personally opposed" but publically supportive of abortion. It concludes with a discussion of whether artificial wombs might end the abortion debate. Answering the arguments of defenders of abortion, this book provides reasoned justification for the view that all intentional abortions are ethically wrong and that doctors and nurses who object to abortion should not be forced to act against their consciences.

Updates and Revisions to the Second Edition include:

-A response to Alberto Giubilini’s and Francesca Minerva’s now famous 2012 article, "After-Birth Abortion" in the Journal of Medical Ethics

-The addition of a new chapter on gradualist views of fetal moral worth, including Jeff McMahan’s Time-Relative Interest Account

-Responses to many critiques of the first edition, including those made by Donald Marquis, David DeGrazia, and William E. May

Christopher Kaczor is William E. Simon Visiting Fellow in the James Madison Program at Princeton University. He did post-doctoral research at the University of Cologne as a von Humboldt Federal Chancellor Fellow and returned as a Fulbright Scholar. The author of eleven books, Dr. Kaczor’s research and views have been in The New York Times, The Wall Street Journal, The Los Angeles Times, NPR, BBC, ABC, NBC, FOX, CBS, MSNBC, TEDx, and The Today Show.

"This is one of the very best book-length defenses of the claim that abortion is morally impermissible. It is clear, thorough, thoughtful and carefully argued. I would strongly encourage anyone who is interested in the subject to read it and to study it."

–David Boonin, author of A Defense of Abortion (2003), University of Colorado, Boulder, USA

"The Ethics of Abortion is an important book. Its greatest virtue is its insightful discussion of the most important pro-choice literature from the past twenty years. Kaczor’s book is essential reading for anyone interested in the present literature on the morality of abortion."

"An accessible and philosophically reliable guide to the abortion debates is sorely needed, and this is it. Kaczor is not one of those who think calm, rational argument is useless. Engaging abortion advocates at their strongest points, he replies to the most difficult objections to the pro-life position, many of which have not been adequately addressed by previous authors. Throughout, he navigates the storms of argument with such calm, charity, and balance that not even the most committed opponent could become angry with him."

"I spent years finding and learning what this book holds in one place. It is an excellent 'first stop,' and a necessary reference book for those who wish to engage fully the most vexing moral question of our day."

"[T]his book contains the most complete, the most penetrating and the most up-to-date set of critiques of the arguments for abortion choice presently available. It is required reading for anyone seriously interested in the abortion issue. It is a good introduction for anyone who wishes to read a serious and thoughtful account of all of the various serious philosophical views that support the right to abortion. It deserves careful study. . . . I highly recommend it."

"There is much to admire and appreciate in this volume, which may be the strongest book-length defense of the view that abortion is morally impermissible. It is easy to read, deeply thoughtful, and constructive. Christopher Kaczor offers much insight and many good arguments. He endeavors to take to heart the values and concerns of his opponents, maintaining an evenhanded tone throughout the discussion. While working primarily from arguments familiar to pro-life thinkers, his discussion of hard cases for each side of this debate is as refreshing as it is smart, and reflections on the possibility of artificial wombs add considerable novelty."

"The present volume is thus a fine book-length defense of the claim that abortion is morally impermissible and a splendid guide to the philosophical complexities involved in the abortion debate. It brings together under one cover a thoughtful and readily accessible account of the positions and arguments of the major disputants, and it argues for its position in philosophical and scientific terms, without recourse to religious or theological assumptions."

"Christopher Kaczor has a written a wonderful new book on the ethics of abortion...His tone is calm and charitable throughout. Warmly recommended."

"My high expectations were consistently met and sometimes exceeded. The book serves both as a comprehensive overview of the debate regarding abortion over the past forty years and as an accessible yet philosophically serious contribution to that debate."