The Ethics of Aesthetics in Japanese Cinema and Literature
Polygraphic Desire 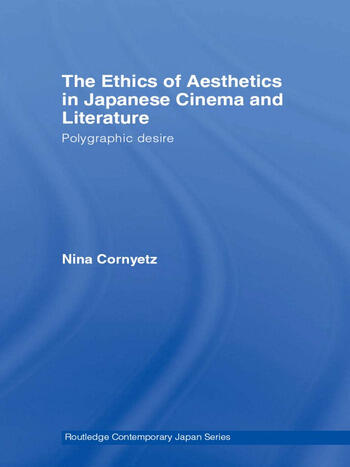 The Ethics of Aesthetics in Japanese Cinema and Literature: Polygraphic Desire

This is an innovative, scholarly and original study of the ethics of modern Japanese aesthetics from the 1930s, through the Second World War and into the post-war period. Nina Cornyetz embarks on new and unprecedented readings of some of the most significant literary and film texts of the Japanese canon, for instance works by Kawabata Yasunari, Mishima Yukio, Abe Kôbô and Shinoda Masahiro, all renowned for their texts' aesthetic and philosophic brilliance.

Cornyetz uniquely opens up the field in a fresh and controversial way by showing how these authors and filmmakers' concepts of beauty and relation to others were, in fact, deeply impacted by political and social factors. Probing questions are asked such as:

This ground-breaking work is truly interdisciplinary and will appeal to students and scholars of Japanese literature, film, gender, culture, history and even psychoanalytic theory.

Introduction  Part 1: Woman as Second Nature and Other Fascist Proclivities  1. Myth-Making  2. Fascist Aesthetics  3. Kawabata and Fascist Aesthetics  4. Virgins and Other Little Objects  Part 2: The Politics of Climate and Community in Woman in the Dunes and "The Idea of the Desert"  5. A Preface to Woman in the Dunes: Space, Geopolitics, and The Idea of the Desert  6. Social Networks and the Subject  7. Technologies of Grazing  Part 3: Naming Desire: Mishima Yukio and the Politics of "Sexuation"  8. Textualizing Flesh, or, (In)articular Desire  9. Narcissism and Sadism: Mishima as Homofascist  10. The Homosocial Fixing of Desire  Part 4: Scripting the Scopic: Disinterest in Double Suicide