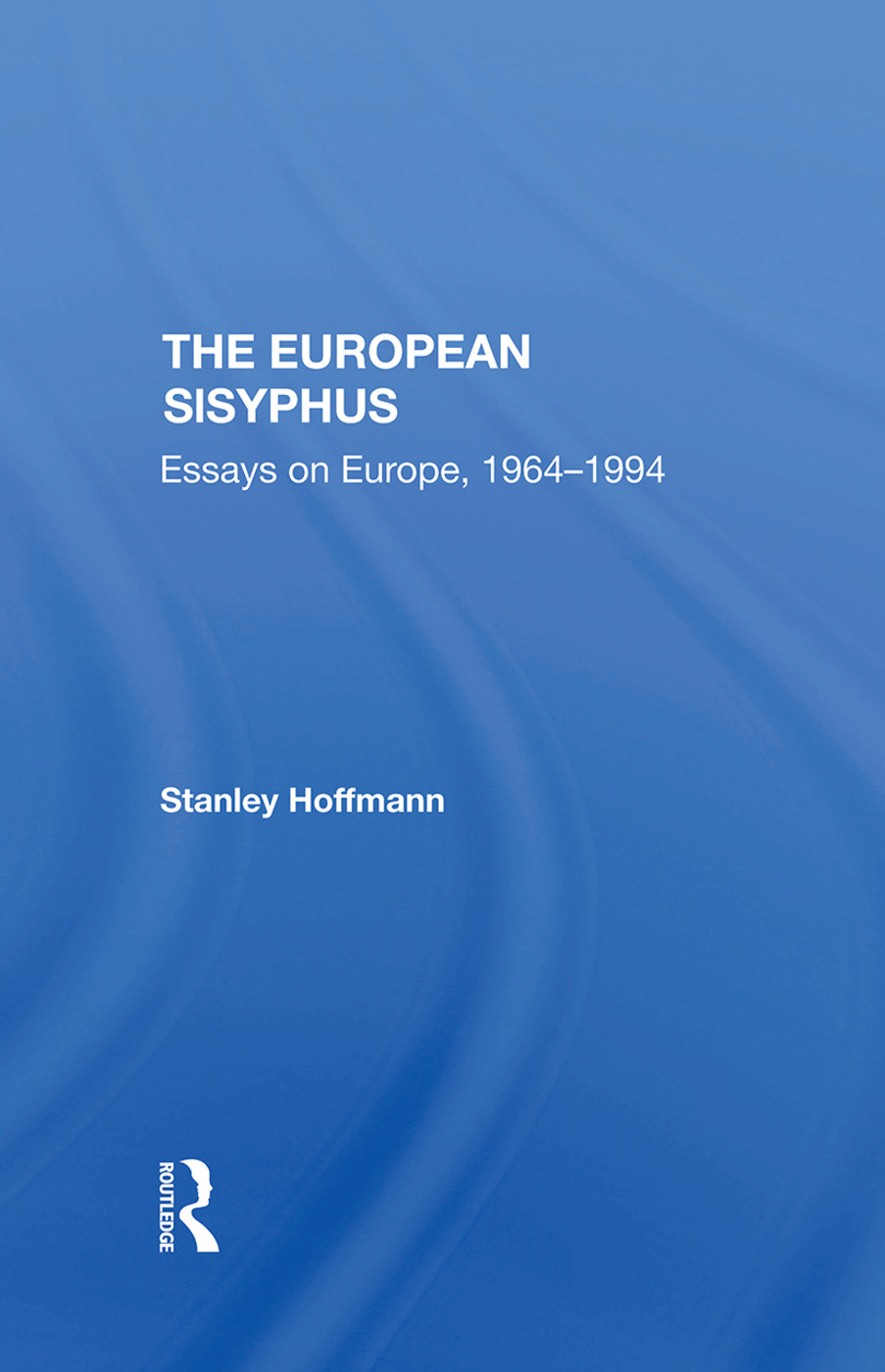 Bringing together all of Stanley Hoffmann's significant essays on the development and difficulties of European integration, this collection highlights the intractability of the divisions that plagued the European Union from its very beginning. These essays provide a view of evolution and change as well as an examination of the crises and turning points in the history of European integration.

Credits -- Introduction -- Europe's Identity -- Europe's Identity Crisis: Between the Past and America -- Europe's Identity Crisis Revisited -- European Unity in the Cold War -- Obstinate or Obsolete? France, European Integration, and the Fate of the Nation-State -- No Trumps, No Luck, No Will: Gloomy Thoughts on Europe's Plight -- Uneven Allies: An Overview -- Fragments Floating in the Here and Now -- Reflections on the Nation-State in Western Europe Today -- From Community to Union, From Cold War to New World (Dis)order -- The European Community and 1992 -- A Plan for the New Europe -- Reflections on the 'German Question' -- The Case for Leadership -- Balance, Concert, Anarchy, or None of the Above -- Goodbye to a United Europe?

Stanley Hoffmannis C. Douglas Dillon Professor of the Civilization of France at Harvard University, where he has taught since 1955. He has been chairman of the Center for European Studies at Harvard since its creation in 1969. Born in Vienna in 1928, Hoffmann lived and studied in France from 1929 to 1955. He has taught at the Institut d'Études Politiques of Paris, from which he graduated, and at the École des Hautes Études en Sciences Sociales. At Harvard, he teaches French intellectual and political history, the development of the modern state, U.S. foreign policy, the sociology of war, international politics, ethics and world affairs, and modern political ideologies. His many books include Contemporary Theory in International Relations (1960), The State of War (1965), Gulliver's Troubles (1968), Decline or Renewal? France Since the 1930s (1974), Primacy or World Order: American Foreign Policy Since the Cold War (1978), Duties Beyond Borders (1981), Dead Ends (1983), and Janus and Minerva: Essays in the Theory and Practice of International Politics (Westview, 1986). He is coauthor of In Search of France: The Fifth Republic at Twenty (1981), Living with Nuclear Weapons (1983), The Mitterand Experiment (1987), and the forthcoming Taming Cold Monsters (with Michael Joseph Smith). He also coedited Rousseau on International Relations (1991) and coedited and coauthored The New European Community (1991) and After the Cold War (1993). He contributed two autobiographical chapters to the book of essays in his honor coedited by Linda Miller and Michael J. Smith, Ideas and Ideals (Westview, 1993).