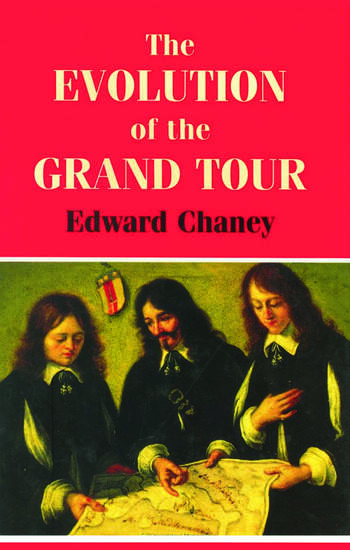 The Evolution of the Grand Tour: Anglo-Italian Cultural Relations since the Renaissance

The Grand Tour has become a subject of major interest to scholars and general readers interested in exploring the historic connections between nations and their intellectual and artistic production. Although traditionally associated with the eighteenth century, when wealthy Englishmen would complete their education on the continent, the Grand Tour is here investigated in a wider context, from the decline of the Roman Empire to recent times.

Authors from Chaucer to Erasmus came to mock the custom but even the Reformation did not stop the urge to travel. From the mid-sixteenth century, northern Europeans justified travel to the south in terms of education. The English had previously travelled to Italy to study the classics; now they travelled to learn Italian and study medicine, diplomacy, dancing, riding, fencing, and, eventually, art and architecture. Famous men, and an increasing proportion of women, all contributed to establishing a convention which eventually came to dominate European culture. Documenting the lives and travels of these personalities, Professor Chaney's remarkable book provides a complete picture of one of the most fascinating phenomena in the history of western civilisation.

"This is a brilliant, original and refreshing account, teeming with new and fascinating material." - J. B. Trapp, Professor Emeritus, History of the Classical Tradition, University of London

"...I fell for its its irresistible enthusiasm. Chaney has a profound scholarly knowledge of Anglo-Italian historical relationships, but he is also a writer full of surprise and discursive curiosity ... a most beguiling delight." - Jan Morris' "Book of the Year" in the Independent

"Edward Chaney's fascinating book illuminates the magnetic attractions of Italy ... a work of meticulous scholarship about the origin and evolution of the Grand Tour." - John Mortimer, The Sunday Times

"[written with] verve and precision and tremendous authority ... this book, richly illustrated and handsomely produced, will become an indespensable work for cultural historians, Italophiles and all latter-day Grand Tourists." - Noel Malcolm, Sunday Telegraph

"this collection of 14 brilliant essays provides us with much new material and many new insights." - David Watkin, Country Life

"Chaney is a scholarly and learned writer and he sheds light on a wide range of topics ... A wealth of humane learning ... characterises this attractive volume." - Sir Keith Thomas, Apollo: International Magazine of the Arts

"This is a bran-tub of Anglo-Italian delights, sustained by seriousness and enthusiasm in equal measure." - Jonathan Keates, Literary Review

"To those who know, even in part, their sources in the continuing unravelling of the Grand Tour, this book is an indispensable, a quite golden, addition...Professor Chaney holds us all in his debt in this collection of occasional essays touching on subjects and conections that, quite simply, have not occurred to others less erudite than himself ...  the style is of a plein air ease such that one might be listening to a soliloquy in the gardens of Villa Lante ... taken as a whole it could not be bettered." - Patrick Reyntiens, The Tablet