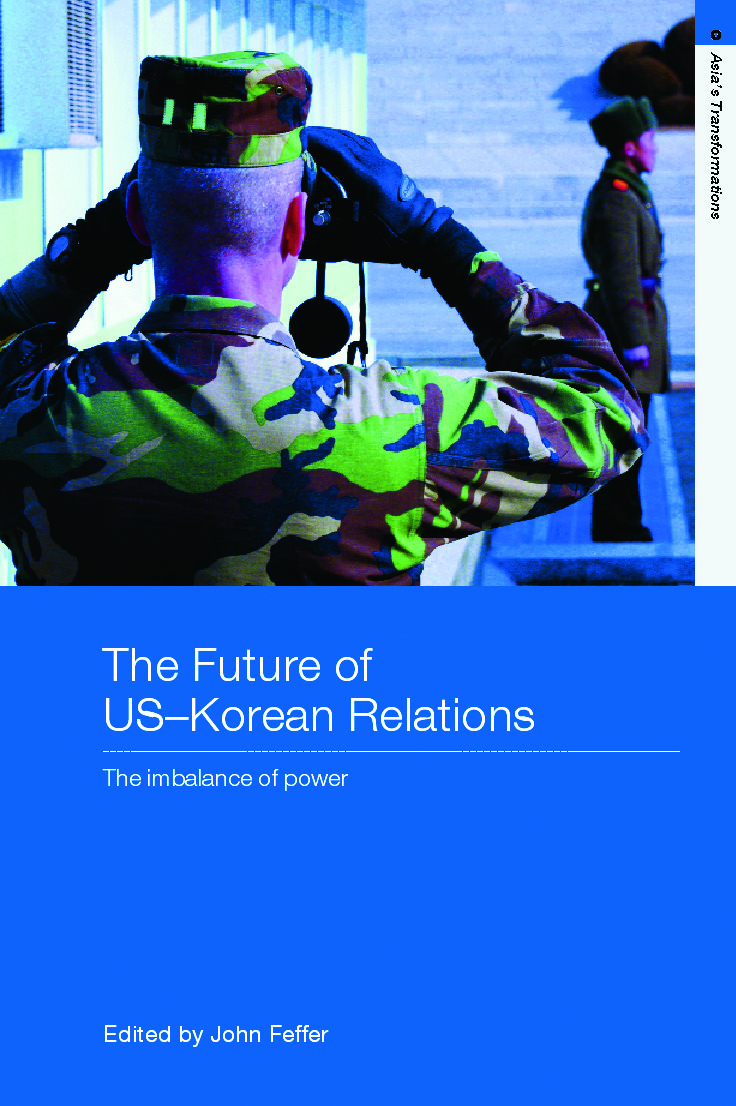 The Future of US-Korean Relations

The Imbalance of Power, 1st Edition

US relations with North and South Korea have been characterized by profound asymmetries of power and perception which in recent years have led to increased tensions among the three countries.

Bringing together twelve prominent experts on US-Korean and US-Pacific relations, this book explores the many dimensions of current and future US foreign policy. Charting new developments in North and South Korea, the contributors examine US-Korean relations through such prisms as nationalism, the media, regional relations and human rights issues. In relating the downward spiral in US relations with the Korean peninsula, the book provides an analysis that runs counter to conventional interpretations, and offers clear and balanced policy recommendations for remedying the crises.

The Future of US-Korean Relations is deeply incisive and broadly relevant as an ideal resource for students, teachers and policy professionals interested in security studies, East Asian politics and US foreign policy.

'This book is important for B.A. students and even for decision makers attempting to understand the complexity of the Korean Peninsula and the role of the regional players. Korean researchers will find excellent chapters in this book, which can be used as supplemental literature for their courses on Korean and Asian security.' - The Guardian

'The eight studies [in this book]…offer a clear and sensible view of what is happening in East Asia today.' - South China Morning Post

John Feffer has been a Pantech Fellow in Korean Studies at Stanford University and is currently a Writing Fellow at the Provisions Library in Washington D.C. He is the author of North Korea, South Korea: U.S. Policy at a Time of Crisis (Seven Stories, 2003). He is also the editor of Power Trip: U.S. Unilateralism and Global Policy after September 11 (Seven Stories, 2003).