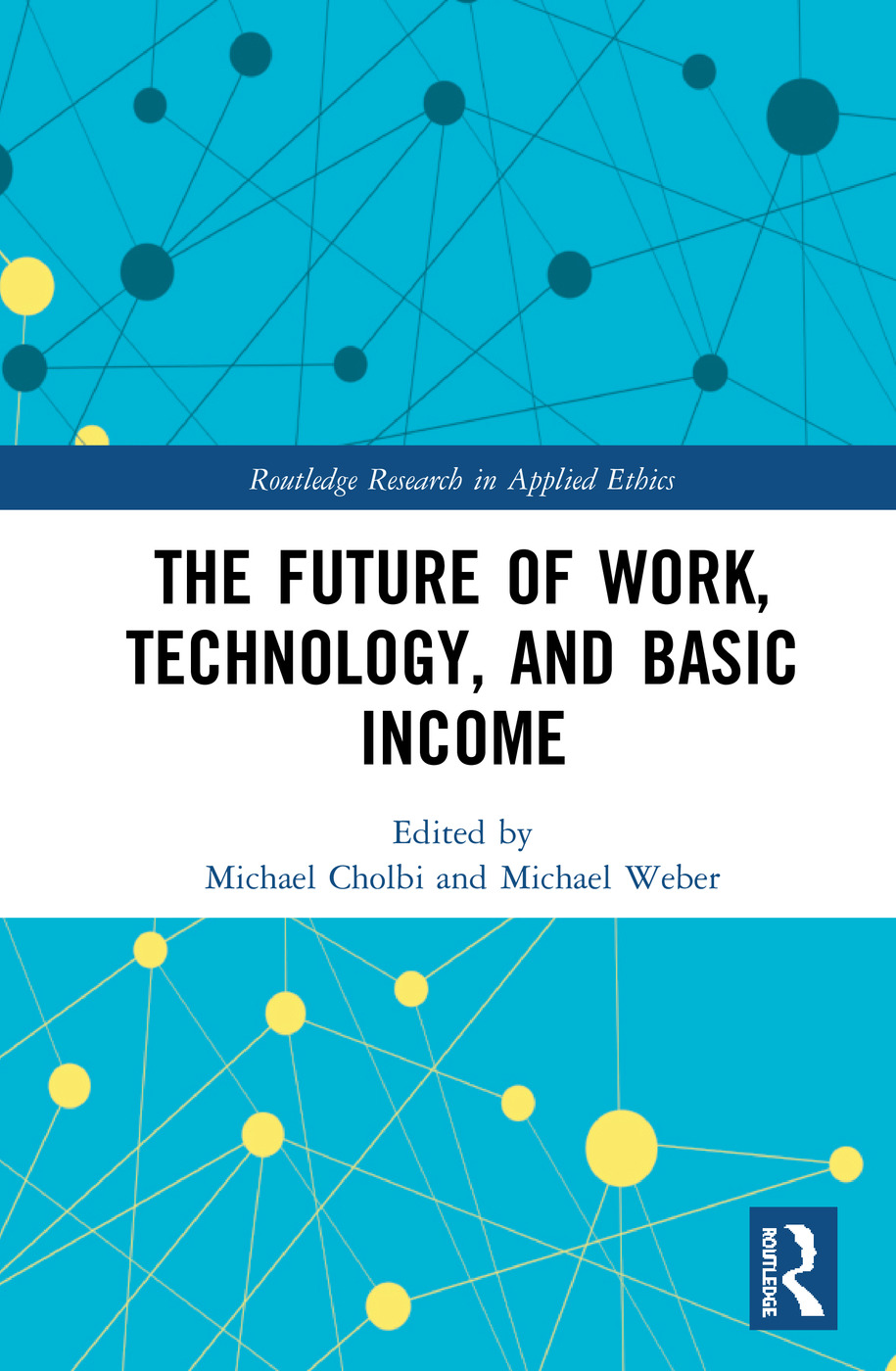 The Future of Work, Technology, and Basic Income

1. A Hayekian Case for Free Markets and a Basic Income

2. An Anarchist Defense of a Basic Income

5. Work and Worth: Basic Income and the Social Meaning of Work

7. In Defence of the Post-Work Future: Withdrawal and the Ludic Life

8. Universal Basic Income and the Good of Work

9. Basic Income and the Future of Bad Work

Michael Cholbi is Professor of Philosophy and Director of the California Center for Ethics and Policy at California State Polytechnic University, Pomona. He is the author of Suicide: The Philosophical Dimensions (2011), Understanding Kant’s Ethics (2016), and Procreation, Parenthood, and Educational Rights (2017).

Michael Weber is Professor of Philosophy and Chair of the Department of Philosophy at Bowling Green State University. He has published widely in ethics and political philosophy on topics including rational choice theory, ethics and the emotions, and egalitarianism. He has also co-edited six volumes on applied ethics and political philosophy, including Paternalism: Theory and Practice (2013), Manipulation: Theory and Practice (2014), The Ethics of Self-Defense (2016), Political Utopias: Contemporary Debates (2017), and Religious Exemptions (2017).