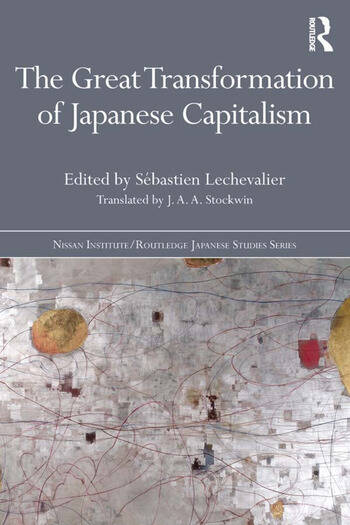 In the 1980s the performance of Japan’s economy was an international success story, and led many economists to suggest that the 1990s would be a Japanese decade. Today, however, the dominant view is that Japan is inescapably on a downward slope. Rather than focusing on the evolution of the performance of Japanese capitalism, this book reflects on the changes that it has experienced over the past 30 years, and presents a comprehensive analysis of the great transformation of Japanese capitalism from the heights of the 1980s, through the lost decades of the 1990s, and well into the 21st century.

This book posits an alternative analysis of the Japanese economic trajectory since the early 1980s, and argues that whereas policies inspired by neo-liberalism have been presented as a solution to the Japanese crisis, these policies have in fact been one of the causes of the problems that Japan has faced over the past 30 years. Crucially, this book seeks to understand the institutional and organisational changes that have characterised Japanese capitalism since the 1980s, and to highlight in comparative perspective, with reference to the ‘neo-liberal moment’, the nature of the transformation of Japanese capitalism. Indeed, the arguments presented in this book go well beyond Japan itself, and examine the diversity of capitalism, notably in continental Europe, which has experienced problems that in many ways are also comparable to those of Japan.

will appeal to students and scholars of both Japanese politics and economics, as well as those interested in comparative political economy.

Sebastien Lechevalier is Associate Professor at the EHESS in France.

"The range of material covered is impressive. It is not often that a book makes you sit up and reflect carefully on your own understanding of Japan, which tends to be compartmentalized, acquired piecemeal, over time, and subject to various biases. This book does that. For me its value lies in what is says about changes to the Japanese variety of capitalism on the one hand, and the insights it offers about the French r!egulation approach to varieties of capitalism on the other. It should appear in reading lists on the Japanese economy and society, varieties of capitalism and institutions." - D. Hugh Whittaker, University of Oxford, Japan Forum 2015, 276-278

"Nevertheless, with all its profound insights, The Great Transformation of Japanese Capitalism should be picked up by scholars and students interested in the analysis of capitalism and its subcomponents, be they the business system, labor-management relations, employment, or the welfare state." - Mari Sako, University of Oxford, ILR REVIEW

"This highly stimulating book takes up a wide range of core themes and debates in studies of Japanese capitalism, and of comparative political economy (CPE) more broadly...the book is an impressive achievement, and anyone with an interest in Japanese and comparative political economy will benefit from reading it." - Derek Hall, Wilfrid Laurier University, Pacific Affairs: Volume 88, No. 4 – December 2015

"...a valuable source on the recent development and the current state of the Japanese economic system...The book is an important step on this way and deserves a wide readership." -Werner Pascha, Journal of Economics 2015, Volume 116, Issue 1, pp 95-98

"The Great Transformation of Japanese Capitalism, edited by Sébastien Lechevalier (translated by a prominent expert on Japanese politics, J. A. A. Stockwin), presents a clear counterargument against such a dominant and widespread view of Japanese capitalism....the book certainly makes an important scholarly contribution by raising questions for further research." - Hiroko Takeda, University of Tokyo