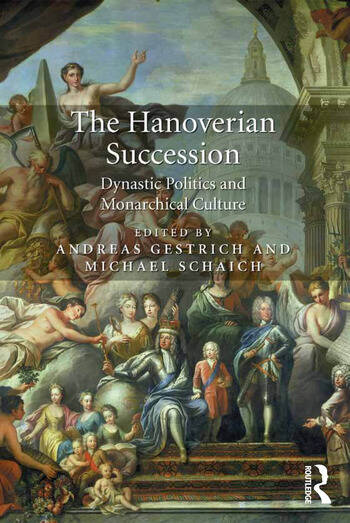 The Hanoverian succession of 1714 brought about a 123-year union between Britain and the German electorate of Hanover, ushering in a distinct new period in British history. Under the four Georges and William IV Britain became arguably the most powerful nation in the world with a growing colonial Empire, a muscular economy and an effervescent artistic, social and scientific culture. And yet history has not tended to be kind to the Hanoverians, frequently portraying them as petty-minded and boring monarchs presiding over a dull and inconsequential court, merely the puppets of parliament and powerful ministers. In order both to explain and to challenge such a paradox, this collection looks afresh at the Georgian monarchs and their role, influence and legacy within Britain, Hanover and beyond. Concentrating on the self-representation and the perception of the Hanoverians in their various dominions, each chapter shines new light on important topics: from rivalling concepts of monarchical legitimacy and court culture during the eighteenth century to the multi-confessional set-up of the British composite monarchy and the role of social groups such as the military, the Anglican Church and the aristocracy in defining and challenging the political order. As a result, the volume uncovers a clearly defined new style of Hanoverian kingship, one that emphasized the Protestantism of the dynasty, laid great store by rational government in close collaboration with traditional political powers, embraced army and navy to an unheard of extent and projected this image to audiences on the British Isles, in the German territories and in the colonies alike. Three hundred years after the succession of the first Hanoverian king, an intriguing new perspective of a dynasty emerges, challenging long held assumptions and prejudices.

Introduction, Michael Schaich. Part I Dynastic Legacies: The Hanoverian monarchy and the legacy of late Stuart kingship, Ronald G. Asch; The House of Brunswick-Lüneburg and the Holy Roman Empire: the making of a patriotic dynasty, 1648-1714?, Martin Wrede. Part II Representing Protestantism: George I, the Hanoverian succession, and religious dissent, David Wykes; Hanover-Britain and the Protestant cause, 1714-1760, Andrew C. Thompson; The Hanoverians and the colonial churches, Jeremy Gregory. Part III Image Policies: The Hanoverian monarchy and the culture of representation, Tim Blanning; ‘Every inch not a king’: the bodies of the (first two) Hanoverians, Robert Bucholz; Monarchy, affection and empire: the Hanoverian dynasty in 18th-century America, Brendan McConville; Visions of kingship in Britain under George III and George IV, G.M. Ditchfield. Part IV Contested Loyalties: The Hanoverian succession and the politicisation of the British army, Hannah Smith; Jacobitism and the Hanoverian monarchy, Gabriel Glickman; The alternative to the House of Hanover: The Stuarts in exile, 1714-1745, Edward Corp; Radical popular attitudes to the monarchy in Britain during the French Revolution, Amanda Goodrich. Index.

Andreas Gestrich is Director of the German Historical Institute London. His present research interests comprise the history of family, childhood and youth, the history of poverty and poor relief, media history and the social history of religious groups. His publications include, among others, Absolutismus und Ã–ffentlichkeit: Politische Kommunikation in Deutschland zu Beginn des 18. Jahrhunderts (1994), Familie im 19. und 20. Jahrhundert (1999) and (ed. with Christiane Eisenberg) Cultural Industries in Britain and Germany: Sport, Music and Entertainment from the Eighteenth to the Twentieth Century (2012). Michael Schaich is Deputy Director of the German Historical Institute London. His current research focuses on the symbolic representation of the British monarchy and state during the seventeenth and eighteenth centuries. His publications include Staat und Ã–ffentlichkeit im KurfÃ¼rstentum Bayern der SpÃ¤taufklÃ¤rung (2001), (ed.) Monarchy and Religion: The Transformation of Royal Culture in Eighteenth-Century Europe (2007) and (ed. with R.J.W. Evans and Peter H. Wilson) The Holy Roman Empire, 1495-1806 (2011).