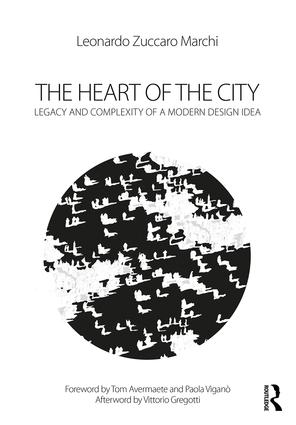 The Heart of the City

Legacy and Complexity of a Modern Design Idea, 1st Edition

The Heart of the City concept, which was introduced at CIAM 8 in 1951, has played an important role in architectural and urban debates. The Heart became the most important of the organic references used in the 1950s for defining a theory of urban form.

This book focuses on both the historical and theoretical reinterpretation of this seminal concept. Divided into two main sections, both looking at differing ways in which the Heart has influenced more recent urban thinking, it illustrates the continuity and the complexities of the Heart of the City.

In doing so, this book offers a new perspective on the significance of public space and shows how The Heart of the City still resonates closely with contemporary debates about centrality, identity and the design of public space. It would be of interest to architects, academics and students of urban design and planning.

"The Heart of the City throws light on the global impact of the important but often neglected 1951 CIAM VIII Conference at Hoddesdon UK that marked the shift from modernism to post modernism in European architectural and urban design. Zuccaro weaves a rich conceptual tapestry of many threads that unfolds brilliantly into current issues for architects, planner, historians and teachers alike."

"In this pioneering book, Zuccaro Marchi has traced a map of the confused urban thinking in the post-war period – during which the most important discussions seemed centered, rather surprisingly, on Venice, Milan and Amsterdam. While the still unresolved conflict between the city as an organism and the city as an automaton focused much of that crucial discussion which still resonates with twenty-first century concerns. The book will therefore be essential reading for anyone concerned with our cities and their future."

Bodily Metaphors and Urban Metamorphosis: The Vicissitudes and Potentials of an Organic Figure.

PART I PREAMBLE. THE HEART AND THE CIAM’S DISCOURSE

Introduction: The Heart and the City.

1 CIAM 8: The Heart of the City, towards a new humanism.

PART II ANATOMY OF THE HEART OF THE CITY

2 First UD Conference and Victor Gruen: The Heart of the City as Urban Design and Invention of the City.

3 CIAM Summer School in Venice: The Heart of the City as Continuity.

4 Jaap Bakema: The Heart of the City as Relationship.

5 Arteries of productive Ambiguities and Simultaneities.

Leonardo Zuccaro Marchi is an Italian architect, encompassing and tackling the ambiguous complexity and different ambassadorial roles and practices of architecture, both relying on fundamental historical-theoretical references and inspiring the advancement of innovative approaches. He graduated from A.S.P. Alta Scuola Politecnica, Politecnico di Milano and Politecnico di Torino. He received his PhD at IUAV and TU Delft Universities. He has been Post-doctoral Fellow at KTH University. He is currently Visiting Lecturer at TU Delft, Netherlands. He is a winner, together with the Collective of Project in Equipoise {Co-P-E}, of Europan 14 Competition 2017 with the project "The Productive Heart of Neu-Ulm."