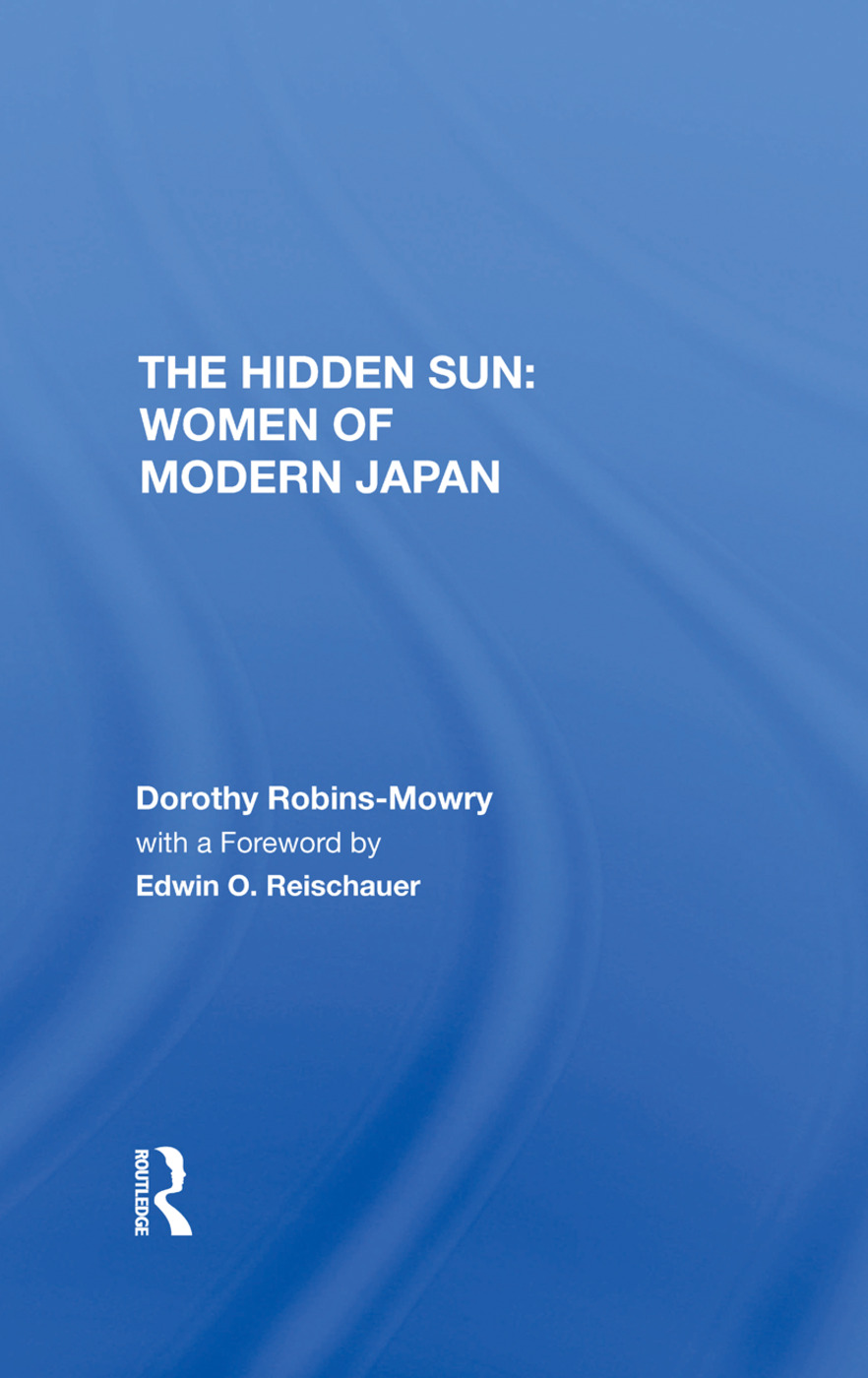 Ever since Japan and the West discovered one another, Western observers have extolled the surface virtues of Japanese women but attended very little to what they are really like. In this new, balanced view of the role of Japanese women in their country's swiftly changing society, The Hidden Sun: Women of Modern Japan destroys the Western stereotype of the shy, perhaps slightly coquettish, doll-like figure and replaces it with a sober, realistic portrait of a woman whose attitudes and activities influence the policies and trends of modern Japan, both domestically and internationally.

Also of Interest -- Foreword -- Preface -- Background: The Loom of History -- The Way of Tradition -- The Way of Modernization -- The Fabric of Contemporary Times -- Social Patterns -- Economic Enterprise -- Political Process -- International Awareness and Cooperation -- Designs for the Future -- Chronology of Events Concerning Japanese Women -- Number of Women Elected to House of Representatives and House of Councillors and Voting Rates by Sex, 1946–1980 Election Years Only) -- Party Affiliation of Women Diet Members, 1946–1980 (Election Years Only) -- Objectives of Annual Women's Week -- Major Women's Organizations in Japan

A foreign service officer in the U.S. Information Agency (USIA) since 1963, Dr. Dorothy Robins-Mowry has served overseas in Japan and Iran. From 1963 to 1971 she was chief of educational exchanges, cultural programs officer, and women's activities officer in the U.S. Information Service in Tokyo. She currently holds the position of policy officer in USIA for the Office of North Africa, the Middle East, and South Asia. In 1980 and 1981 Dr. Robins-Mowry was visiting professor of political science at the University of Maryland, teaching courses on women and politics.