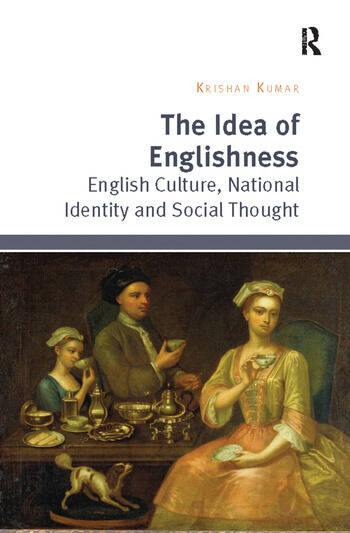 Ideas of Englishness, and of the English nation, have become a matter of renewed interest in recent years as a result of threats to the integrity of the United Kingdom and the perceived rise of that unusual thing, English nationalism. Interrogating the idea of an English nation, and of how that might compare with other concepts of nationhood, this book enquires into the origins of English national identity, partly by questioning the assumption of its long-standing existence. It investigates the role of the British empire - the largest empire in world history - in the creation of English and British identities, and the results of its disappearance. Considering the ’myths of the English’ - the ideas and images that the English and others have constructed about their history and their sense of themselves as a people - the distinctiveness of English social thought (in comparison with that of other nations), the relationship between English and British identity and the relationship of Englishness to Europe, this wide-ranging, comparative and historical approach to understanding the particular nature of Englishness and English national identity, will appeal to scholars of sociology, cultural studies and history with interests in English and British national identity and debates about England’s future place in the United Kingdom.

Krishan Kumar is University Professor and William R. Kenan, Jr., Professor of Sociology at the University of Virginia, USA. His is the author of Utopia and Anti-Utopia in Modern Times, Utopianism, 1989: Revolutionary Ideas and Ideals, The Making of English National Identity, and From Post-Industrial to Post-Modern Society and co-editor of The Sage Handbook of Nations and Nationalism.

’Krishan Kumar established the standard for contemporary scholarship on Englishness and this stylish collection of essays confirms his reputation as the authoritative voice on the subject. Though the range of his knowledge is impressive and his arguments persuasive, Kumar’s voice is conversational, never dogmatic. He is the perfect, congenial companion for those exploring the cultural, historical, sociological and political meanings of England.’ Arthur Aughey, Ulster University, UK ’England has found its sociologist in Krishan Kumar. The English Question is no longer simply the preserve of historians, cultural critics and political scientists. Kumar has assembled a remarkable book whose time has surely come.’ David McCrone, University of Edinburgh, UK ’This volume collects a number of Krishan Kumar’s outstanding reflections on the historiography and politics of English identity, as well as his acute discussion of the social thought and intellectual culture of this national tradition. It contains a newly written introductory essay which offers a shrewd, critical overview of current debates about the origins and implications of English nationalism. Kumar’s insistence on the relatively recent formation of an English national consciousness and the enduring shadow cast by Empire undergird his singularly important contribution to debates about England’s past, present and future.’ Michael Kenny, Queen Mary University of London, UK