The Idea of History in Constructing Economics 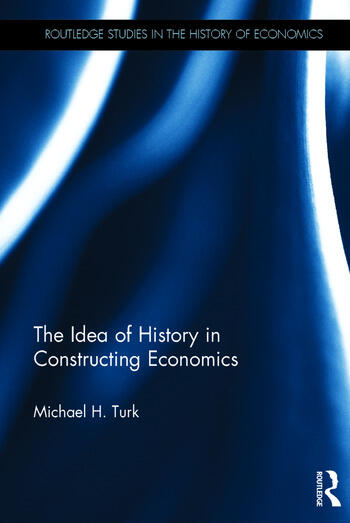 The Idea of History in Constructing Economics

How scientific is economics? This question has often been framed by analogies and correspondences made between economics and other, seemingly more well-established scientific disciplines, starting with classical mechanics. At the same time economics is likely to be seen in opposition to or in contrast with history, where the reliance upon generalizing rules, thought experiments, and model construction in economics is set against the amassing of particular facts intended to create narratives in history.

In this new volume, Turk explores the relationship between economics and history, including the often fraught one between economics and economic history, making the case that economics does in fact require the proper grounding in history that has so often been ignored. This work challenges the attempt to link economics with other, more clearly ‘scientific’ disciplines as flawed and fundamentally wrongheaded. A key element of this book is its examination of the gaps and associations that exist in, or are seen through, linkages with thermodynamics, classical mechanics , biology, literature, mathematics, philosophy, and sociology. This exploration is frequently undertaken through study of the work of one or more major figures in the history of economic thought, ranging from Quesnay and Smith, through Walras and Max Weber, to Robinson, Krugman, David, and Arthur.

Through the possibility of an alternative to the gaps noted in each such comparison, the underlying, necessary connection between economics and history can be brought out. The book concludes by exploring the basis for the positive construction of a historical economics. This book is suited for those who study history of economic thought and philosophy of economics.