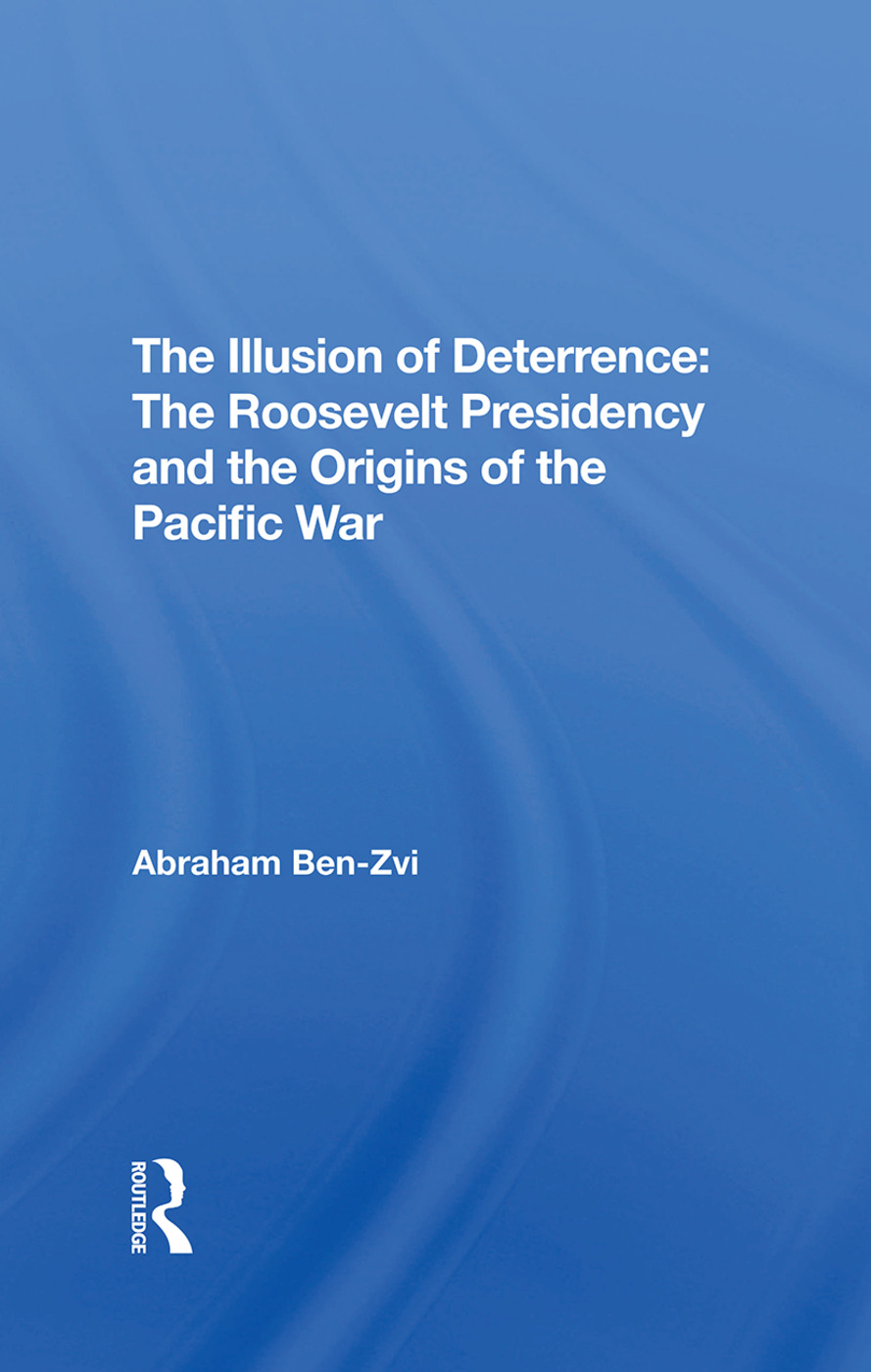 The Illusion Of Deterrence

The Roosevelt Presidency And The Origins Of The Pacific War, 1st Edition

The aim of this book is to specifically, expose the conceptual origins of the American failure to deter Japan, to a higher level of understanding regarding the general limits of deterrence and of coercive diplomacy will be achieved.

Introduction: A Theoretical Framework -- The Policy Makers: A Bureaucratic Perspective -- Walsh, Drought, and Ickes: Two Conceptual Extremes -- Stimson, Morgenthau, and Hornbeck: The Global Approach -- Stimson, Morgenthau, Hornbeck, and the Military -- President Roosevelt and Ambassador Grew: The Pragmatic Approach -- Cordell Hull: The Idealistic Approach -- Synthesis and Conclusion: The Worldview, the Image, and the Shaping of American Policy Toward Japan

BRAHAM BEN-ZVI is professor in the Department of Political Science and a research fellow at the Jaffee Center for Strategic Studies, Tel Aviv University. In addition, Professor Ben-Zvi will become, in October 1998, the head of the Morris E. Ruriel Center for International Studies, Tel Aviv University. He is author of The Illusion of Deterrence: The Roosevelt Presidency and the Origins of the Pacific War and The United States and Israel: The Limits of the Special Relationship (Columbia).