The Influential Project Manager
Winning Over Team Members and Stakeholders

The Influential Project Manager: Winning Over Team Members and Stakeholders

Filling this need, The Influential Project Manager: Winning Over Team Members and Stakeholders supplies detailed guidance on how to improve your influence skills to achieve better business results. It explains how to set and meet ambitious goals for you, your team, and your stakeholders.

The book describes how to listen actively to influence others and details how you can build partnerships that can pay dividends for a lifetime. Each chapter highlights real-world scenarios about a particular subject linked to the influencing skill being covered. Each chapter also includes practical forms, templates, helpful tips, and best practices to help you develop and refine your skills of influence.

Supplying you with the vision of influence from an experienced project manager’s perspective, this book will help you procure the informal power required to become a successful influencer. After reading the text and performing the trust assessment, you will gain the understanding required to lead project members down the path to project success.

Part I: Training a Better Horse

Ten Keys to Influence
Dialogue
Persuasive Conversations
Preparation
Alignment
Situation Review
So, What’s in It for Me?
Your Idea
Overcome Objections and Obstacles: The Art of Persuasion
Next Steps
Emotional Flow
Classic Mistakes
Summary
Influence Assessment

Influence to Win
Achieving a Win–Win Discussion
Focus on Interests
Offer Options
Craft a Story
Agree in Public, Argue in Private
The Winners
Why Do Winning Streaks End?
Persistence
How to Break Out and Master a Turnaround
Summary
Winning Checklist

Understanding People
Why People Fail to Understand Others
Fear
Self-Centeredness
Not Appreciating Differences
Not Acknowledging Similarities
How Do People React to Your Style?
Some Things Everybody Needs to Understand about People
Everybody Wants to Be Somebody
Nobody Cares How Much You Know until He or She Knows How Much You Care
Everybody Needs Somebody
Everybody Can Be Somebody
Anybody Who Helps Somebody Influences a Lot of People
The Ability to Understand People
The Other Person’s Perspective
Personal Empathy
Positive Attitude about People
Projecting Warmth
Projecting Strength
Summary
Understanding People Checklist

Understand How to Convert Your Project Vision into Reality
The IRM (Idea, Resources, and Money) Principle
The Idea
Human Resources
Money
Have a Plan B
Crisis and Opportunities
Summary
Vision Assessment

Alfonso Bucero, MSc, PMP, PMI-RMP, PMI Fellow, is the founder and managing partner of BUCERO PM Consulting (www.abucero.com). He managed IIL Spain for almost two years, and he was a senior project manager at Hewlett-Packard Spain (Madrid Office) for more than thirteen years.

Bucero is a member of the Project Management Institute (PMI), ALI (Asociación de Licenciados, Ingenieros y Doctores en Informática) and AEIPRO (IPMA member). Bucero was the founder, sponsor, and president of PMI Barcelona, Spain Chapter, and he is an IPMA Assessor. He was a member of the Congress Project Action Team of PMI EMEA’s Congresses in Edinburgh (2005), Madrid (2006), and Budapest (2007). He graduated from PMI’s Leadership Institute Master Class 2007 in Atlanta at the PMI NA Global Congress. He was president of the PMI Madrid Spain Chapter for two years and has served as Component Mentor for Region 8 Southwest since 2011. He received the PMI Distinguished Contribution Award in 2010 for his long and varied body of work, and the PMI Fellow Award in 2011 from the PMI for his sustained contribution to the development of the profession internationally.

Bucero has a computer science engineering degree from Universidad Politecnica (Madrid), and is a PhD candidate in project management at the University of Mondragon in Spain. He has 31 years of practical experience and 25 of them in project management worldwide. He has managed and consulted on projects in various countries across Europe.

Since 1992, Bucero has been a frequent speaker at international PMI Congresses, IPMA Congresses, and PMI SeminarsWorld. He has been a keynote speaker in several congresses worldwide. He delivers project management training and consulting services in several countries worldwide. As a "project management believer," he defends passion, persistence, and patience as vital keys for project success.

Bucero has been a professor for MEDIP (Master in Construction and Project Management) at the Universidad Politecnica since 2004, and he is a professor and executive consultant for the Marketing & Finance Business School in Bilbao (Spain).

He authored the book Dirección de Proyectos, Una Nueva Vision published by LITO GRAPO Editors (2003). He contributed a chapter to Creating the Project Office published by Jossey-Bass (2004), authored by Randall L. Englund, Robert J. Graham, and Paul Dinsmore. Bucero coauthored with Randall L. Englund the book Project Sponsorship published by Jossey-Bass (2006). He authored the book Today Is a Good Day: Attitudes for Achieving Project Success, published by Multimedia Publishing in Canada (2010). Bucero contributed the chapter "From Commander to Sponsor: Building Executive Support for Project Success" in the book Advising Upwards (2011) authored by Lynda Bourne in Australia. He also contributed a chapter to the book Project Management circa 2025 written by Dr. David I. Cleland and Dr. Bopaya Bidanda in 2010.

Bucero also coauthored with Randall L. Englund the books The Complete Project Manager and The Complete Project Manager Toolkit published by Management Concepts on March 2012, and published a new version from his book Dirección de Proyectos, Una Nueva Vision, and the book Hoy es un buen día (Spanish translation of Today Is a Good Day). He has also contributed to professional magazines in the United States, Russia (SOVNET), India (ICFAI), Argentina, and Spain. Bucero was a contributing editor for six years for the "Crossing Borders" column of PM Network magazine, published by the PMI. He is a monthly contributor for Project Connections Blog, and published several project management articles in other magazines. 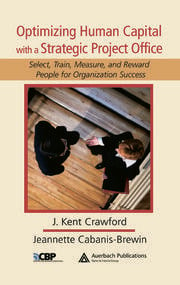