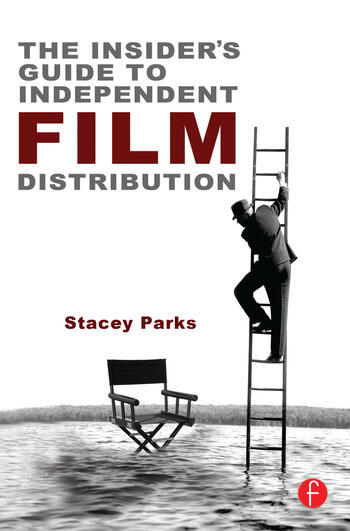 Innovation in technology means that almost anyone can make an independent film these days. Although this may be good news for aspiring filmmakers, it also means that the oversupply of independent films on the market has caused acquisition prices to dramatically decrease. As a result, producers and investors rarely recover their initial investment in the films they make. But don't be discouraged! Use this book to learn the realities of the market in advance and map out a winning distribution plan.

This comprehensive manual for filmmakers and producers dedicated to film distribution and the marketplace could mean the difference between getting your film out to the public and keeping it "in the can. Learn how to sell your movie to a studio, a cable network, a video distributor, or an international buyer. Self-distribution and other alternatives to traditional distribution are also considered. In addition, you'll hear some success stories from producers and hear exactly what buyers are seeking.

Stacey Parks has worked with hundreds of hungry filmmakers to get their films a distribution deal and knows how frustrating the whole process can be. Let her show you how you can take control of your filmmaking career and start getting your work seen by audiences with a few little-known distribution secrets.

New to this edition:
. Completely updated for modern distribution practices (broadcast, DVD, VOD, and other kinds of distribution deals)
. New coverage on crowd-funding, social media, film marketing, and deal memos
. Get the best inside distribution secrets from brand new interviews with an international cast of directors, producers, and distribution experts who share their experiences
. Companion website features helpful downloadable forms and templates, sample distribution memos, and a great resource section

I. IntroductionII. State of the Market: A Reality CheckAdd a brief history of film distributionAdd interview with Dylan Leiner of Sony Pictures Classics (or comparable source) on how the U.S theatrical market has changed over the last 5-10 years.III. Before you start Production: Getting a leg-up on Distributiona. Getting in touch with the market: Doing Market Researchb. The importance of genre and formatc. Casting for distributiond. Financing options - to include domestic and foreign pre-sales, private investors, completing a business plan, etc.Add interview with Packaging agent from William Morris AgencySuggested Exercises: (will add in 3-5 suggested exercises to appeal to academic market)IV. Production Geared Towards Distributiona. Shooting digital vs. Filmb. The importance of stillsc. Starting publicity during production: blogs, production diaries, hiring an PR agent, etc.Interview with Michael Baker, head of Acquisitions and Development for Think FilmSuggested Exercises:V. Post-Production geared Towards Distributiona. M&E Tracksb. Trailersc. Musicd. Third party feedbackAdd short interview/blurbs from buyers and distributors on post-production elements and what they mean in terms of getting distribution.Suggested Exercises:VI. It's in the can, now what: Creating Your Distribution Strategya. Creating a campaignb. Applying to film festivals: what are the first tier, and second tier film festivalsc. Finding Producers Reps and Sales Agentsd. Navigating International Film and TV marketse. Should I have a Distributor screening for my film?Add interviews with Foreign Sales Agents in the UK and FranceSuggested Exercises:VII. Getting a Distribution deala. The U.S Distribution dealb. Foreign Sales and What to Expectc. Non-theatrical distribution and ancillary marketsd. Diagram/Table of expenses required to market and distribute an independent filmAdd in interviews/blurbs with filmmakers who were NOT successful getting distribution and what they would do differently.Suggested Exercises:VIII. Dealing with the Distributor After you get a Deala. Anatomy of a Distribution Contractb. How much will I make: Realistic Sales Projections for your filmc. When will I get paid? Typical cash flow situationsSuggested Exercises:IX. Alternatives to Traditional Distributiona. On Demand DVD distributionb. Video on Demand distributionc. Online film and television marketsd. Platform theatrical releaseInterview with Betsy Chasse 'What the Bleep Do We Know'Suggested Exercises:X. The future of Distribution a. How technology is changing DistributionXI. ConclusionInterview Stephen Winter 'Tarnation'Appendix A: Ten successful indies and what made them successfulAppendix B: Distribution Agency Guide (US and outside US)Appendix C: Anatomy of a Distribution AgreementAppendix D: Sales Projections per Territory

Stacey Parks is the author of the "Inside Guide To Independent Film Distribution (Focal Press), a comprehensive educational program for filmmakers and producers dedicated to film distribution and the marketplace. Stacey has worked in independent film for over 10 years, and is currently a sales executive at the BBC Worldwide in Los Angeles. She was previously a foreign sales agent for many years. You can join her film distribution community on the web at www.FilmSpecific.com.

"Finally, a contemporary and practical book about film distribution that explores this often mysterious and misunderstood part of the industry. As an academic text the approach is both classroom and reader friendly, providing information not easily found elsewhere."--Sharon Badal Faculty, New York University Tisch School of the Arts Kanbar Institute of Film and Television

"The book is well worth a read especially for those filmmakers who take the business of filmmaking seriously." - Karen van Schalkwyk, SCREEN AFRICA