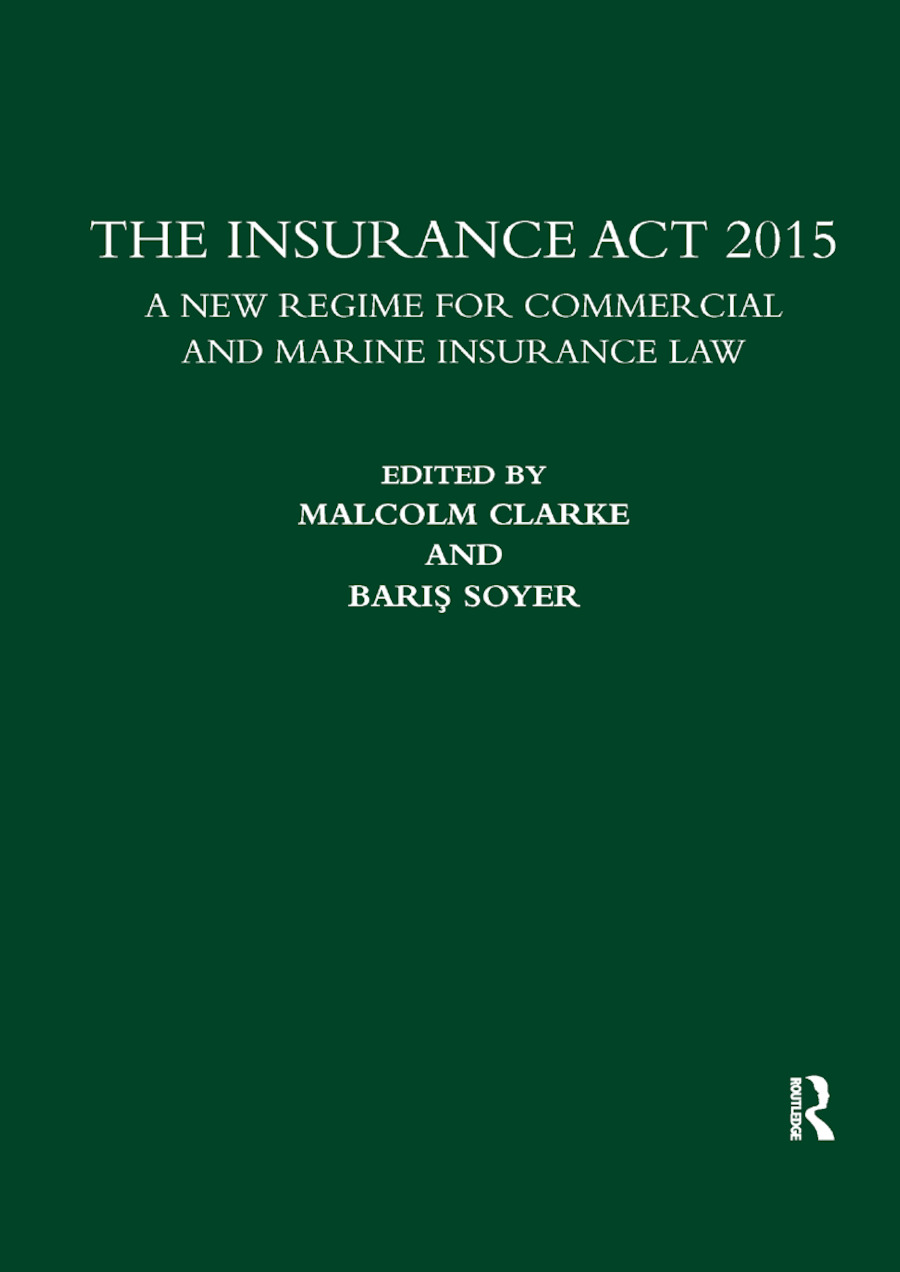 The Insurance Act 2015 represents the first major reform of English commercial insurance law for many years. Its impact will be felt not only in England, where it will greatly affect both maritime and commercial insurance practice, but also elsewhere where English law is the law of choice in insurance contracts.

The Insurance Act 2015: A New Regime for Commercial and Marine Insurance Law

analyses in depth the key aspects of the Act and extensively restates and modifies a number of legal principles applying both at common law and under the Marine Insurance Act 1906. Offering much more than the usual commentary on legislation, this book provides critical in-depth analysis of the important topics as was all coverage of areas likely to spawn disputes in future.

Written by leading practitioners and academics in the field, this book offers comprehensive, coherent and practical legal analysis of the changes introduced by the Insurance Act 2015. It is a key point of reference for practitioners, insurance professionals and academics.

Chapter 3 (Professor B. Soyer, Institute of International Shipping and Trade Law): Insurer’s Duty of Good Faith: Is the Path Now Clear for Introduction of New Remedies?

Chapter 4 (Professor M. Clarke, St Johns College Cambridge): The Future of Warranties and Other Related Terms in Contracts of Insurance

Chapter 6 (Professor A. Tettenborn, Institute of International Shipping and Trade Law): Late Payment of Claims: Better, But by No Means Perfect

Malcolm Clarke is a Fellow of St John’s College, Cambridge and a Professor of Commercial Contract Law at the University of Cambridge.

Baris Soyer is Professor of Commercial and Maritime Law, and Director of the Institute of International Shipping and Trade Law at Swansea University.