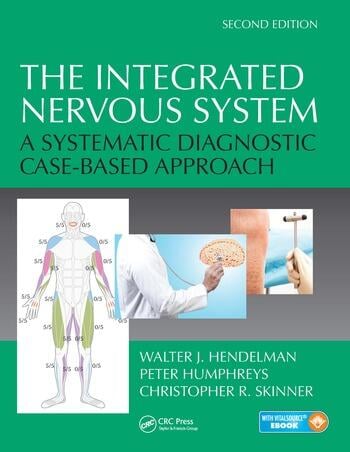 This innovative textbook is modelled on problem-based learning. It bridges the gap between academic neuroanatomy and clinical neurology and effectively takes the reader from the classroom to the clinic, so that learning can be applied in practice.

This second edition has been updated and expanded to include many more clinical cases within both the book and the accompanying Wweb site.

This book and the associated Web site will be of practical value to all the professionals who deal with people who have neurological conditions, as well as being invaluable to medical students and residents. This includes physiatrists (rehabilitation medicine specialists), physiotherapists, occupational therapists and speech therapists, and nurses who specialize in the care of neurological patients. We think that this text will also be of value for family physicians and specialists in internal medicine and pediatrics, all of whom must differentiate between organic pathology of the nervous system and other conditions.

Dr. Walter J. Hendelman is a Canadian born and raised in Montreal. He did his undergraduate studies at McGill University in science with honours in psychology, where he studied under Dr. Donald Hebb, who is now recognized for his "cell assembly" theory, explaining how the brain manages information. He then proceeded to do his medical studies also at McGill. Following a year of internship and a subsequent year of pediatric medicine in Montreal, Dr. Hendelman chose the path of brain research and academia.

Postdoctoral studies followed in the emerging field of developmental neuroscience, using the "new" techniques of nerve tissue culture at the Pasadena Foundation for Medical Research. These studies continued, including electron microscopy, at Columbia University Medical Center in New York City; Dr. Richard Bunge was his research mentor and his neuroanatomy mentor was Dr. Malcolm Carpenter, author of the well-known textbook Human Neuroanatomy.

Dr. Hendelman then returned to Canada and has made Ottawa his home for his academic career at the Faculty of Medicine at the University of Ottawa. He began his teaching in gross anatomy and neuroanatomy and then concentrated on the latter, first assuming the responsibility of coordinator for the course and then becoming co-chair for the teaching unit on the nervous system in the new curriculum. His research focused on the examination of the development of the cerebellum and the cerebral cortex in organotypic tissue cultures.

Dr. Hendelman has dedicated his career as a teacher to assisting those who wish to learn functional neuroanatomy including medical students and trainees, as well as those in the allied health sciences. The first edition of his teaching ATLAS (1987, published by the University of Ottawa Press) was followed by other editions and subsequently was published by CRC Press (2000) with the title Atlas of Functional Neuroanatomy. The second edition of the Atlas (2006) is accompanied by a Web site (www.atlasbrain.com) with interactive features, including roll-over labelling and animations of pathways and connections. This edition has been translated into Italian (2009) and also into French (2013), with a Web site in French. The third edition has now been published (2016, CRC Press), and a Web site for this new edition will be available. An Italian translation of this edition has already been published and other translations are pending. Additional learning resources developed by Dr. Hendelman include several narrated teaching videotapes on the skull and the brain using anatomical specimens; these are now available online on the Web site for the Atlas. Dr. Hendelman is currently professor emeritus in the Faculty of Medicine, University of Ottawa.

, a graduate of the McGill University Faculty of Medicine in 1966, trained in pediatrics at Boston Children’s Hospital and at St. Mary’s Hospital in London, followed by training in neurology at the Montreal Neurological Institute. After a six-year stint on the neurology staff of the Montreal Children’s Hospital, he became the founding head of the Neurology Division at the Children’s Hospital of Eastern Ontario, Ottawa, a position he held for 23 years. Although now semi-retired, Dr. Humphreys continues an active outpatient clinical practice. His principal area of interest is in disorders of brain development. Ten years ago, he started the first Canadian hospital-based clinic devoted to the comprehensive care of girls and women with Rett syndrome. In this role, he is involved in clinical research related to movement disorders in Rett syndrome as well as collaborating with researchers in the University of Ottawa Faculty of Medicine in the investigation of the enteric nervous system of mouse models of Rett syndrome.

A full professor in the Department of Pediatrics at the University of Ottawa, Dr. Humphreys has been active at all levels of the medical curriculum. For many years, he was a tutor in small-group learning sessions for second-year medical students doing a problem-based introductory course on the nervous system. During the same course, he presently conducts a full-class lecture on brain developmental disorders as well as a live patient demonstration devoted to the pediatric neurological examination. He also does clinic instruction for residents in neurology and pediatrics. Finally, he participates in a teaching role in refresher courses for paediatric neurology residents at the University of Ottawa and for pediatricians in courses offered by the Canadian Paediatric Society.

earned his BEng (electrical) from the Royal Military College in 1970. He worked as a systems engineer with the Department of National Defence, implementing nationwide information systems until 1975. He earned his medical degree from Queen’s University in 1979. He received his specialist certification in general internal medicine in 1986, in neurology in 1987, and qualified as a Diplomat of the American Board of Sleep Medicine in 2005. He was chief information officer at the Ottawa Hospital from 1996 to 1998.

He has been a clinical teacher and lecturer in the Faculty of Medicine at the University of Ottawa since 1993. He has taught clinical neurology, occupational neurology and sleep medicine to all levels of study, including medical students, residents, physician assistants and military flight surgeons. He was also involved in the design and implementation of the problem-based digital curriculum portal used for the teaching of medical students.

In 2011, Dr. Skinner did a three-month sabbatical with the Russian Space Agency in Moscow, studying the effects of long-duration space flight on the nervous system and its effect on sleep in space.

Dr. Skinner currently practices general neurology and sleep medicine at the Ottawa Hospital. He also has a practice in rural Quebec as well as patients in inner city shelters in Ottawa.