The Islamic Republic of Iran
Reflections on an Emerging Economy 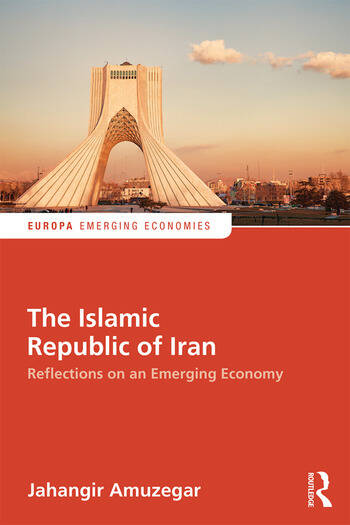 The Islamic Republic of Iran: Reflections on an Emerging Economy

This title provides an in depth study of Iran’s post 1979 Revolution economy under the Islamic Republic, with new material and related journal articles combined under one roof in a novel and reader friendly style.

The volume starts with an original text, summarizing the development of the Iranian economy under five successive administrations, in five distinct phases. Following this are fifteen accompanying articles providing detailed information that expands on, and compliments, the discussion in the original material. Appropriate references on specific topics are made to each relevant article, ensuring the material is easily accessible to the reader.

Topics discussed include public finance, employment, banking, petroleum, privatization, and the exchange rate. Full references are also made to US and universal economic sanctions and their effects, with the legacies of the Khatami and Ahmadinejad administrations also covered.

This versatile title is designed to appeal to a vast readership. The hurried business executive or high government official, interested in a quick review of the subject matter may simply read the original text while think tank researchers, research fellows and students can take the time to read the supplementary articles and review what is related to the topic of their choosing.

Dr Jahangir Amuzegar, an international economic consultant, received his PhD in economics from the University of California, Los Angeles, after studying law at the University of Tehran, Iran and economics at the University of Washington, USA. He was Iran’s Minister of Commerce in 1962-63, Minister of Finance in 1963 and Ambassador-at-Large from 1963-79. He was also an executive director of the International Monetary Fund from 1974–80. Dr Amuzegar has held a number of academic positions, including at the University of California at Los Angeles, Michigan State University and the Johns Hopkins School of Advanced International Studies. Dr Amuzegar’s many publications include more than 100 articles published in, amongst others, Foreign Affairs, Foreign Policy, Middle East Journal, Middle East Policy, Middle East Economic Survey and Third World Quarterly. He is also the author of several books on Iran, oil and economic development, including Iran: Economic Development under Dualistic Conditions (1971), Iran: An Economic Profile (1977), Comparative Economics (1981), The Dynamics of the Iranian Revolution (1999), Iran’s Economy under the Islamic Republic (1997) and Managing the Oil Wealth: OPEC’s Windfalls and Pitfalls (I.B. Tauris, 1999), which was awarded Choice’s Outstanding Academic Title.