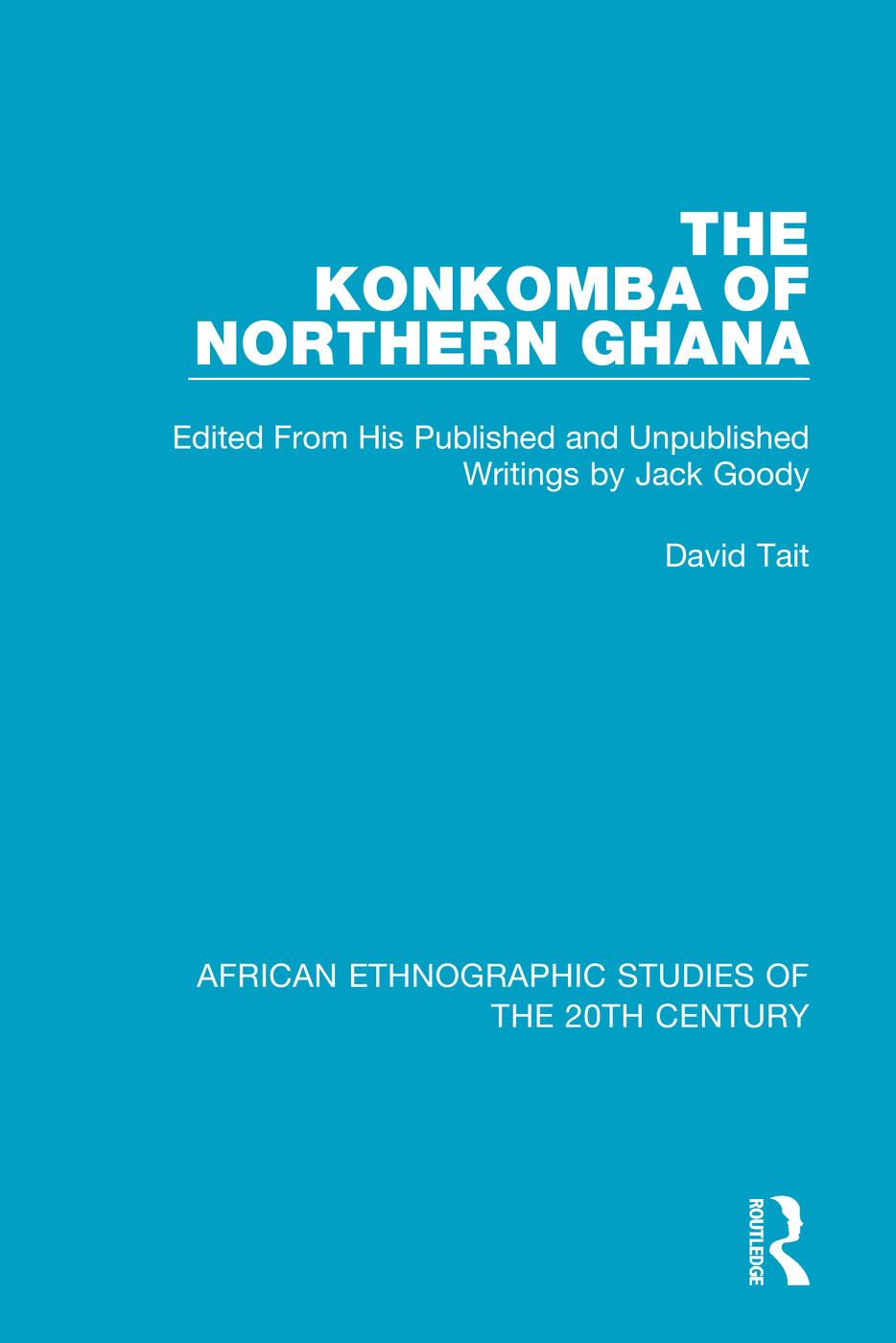 The Konkomba of Northern Ghana

Edited From His Published and Unpublished Writings by Jack Goody, 1st Edition

Originally published in 1964 this book made available for the first time David Tait's writings on the Konkomba with whom he lived and worked for 5 years. Including some previously unpublished material, this volume discusses the political system of the Konkomba but includes aspects of social and religious life.

4. The Clan and Lineage System

5. Marriage and the Extended House

6. The Lineage Over Time