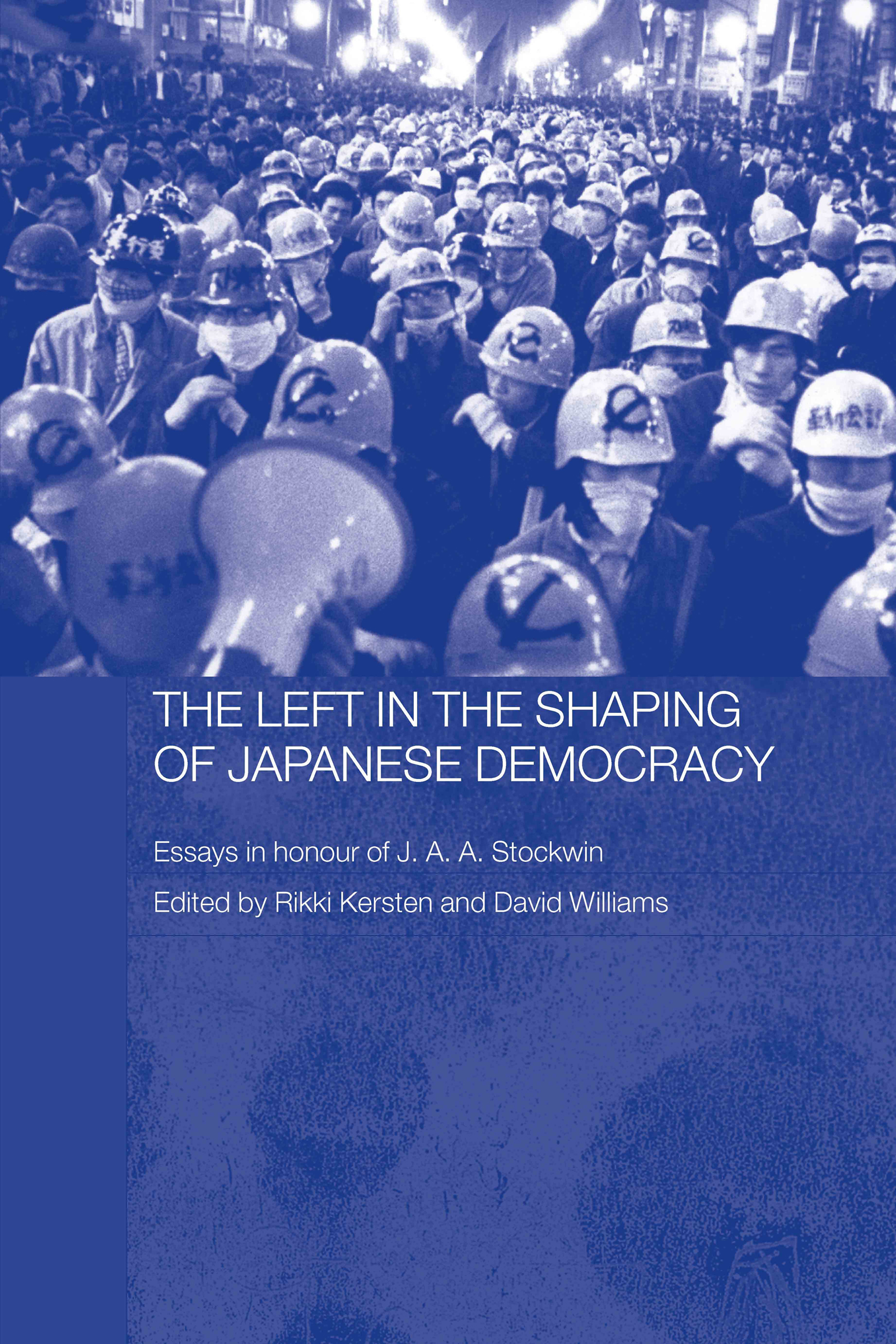 The Left in the Shaping of Japanese Democracy

Leftist thought and activism stands as a defining force in the articulation of political culture and policy in modern Japan. Operating from the periphery of formal political power for the most part, the Japanese Left has had an impact that extends far beyond its limited success at the ballot box. The essays that compose this Oxford Festschrift range over a wide set of themes including the tragic careers of two prewar left-wing martyrs (Goto-Jones); Hisashi Asô, the great Socialist apostate (Kersten); the Left’s evasion of constitutional sovereignty (Williams); the rise and fall of Nikkyô-sô (Aspinall); the Left’s impact on privatization and bureaucratic reform (Nakano); the demise of parliamentary Socialism (Hyde); the Left’s recent embrace of free market principles (Schoppa); critical Japan studies and American empire since ‘9.11’ (Williams); and history’s final judgment on the fate of this great political movement (Banno).

The abruptness with which the political map of Japan has been redrawn in very recent years has obviously rendered conventional texts irrelevant.For its iconclastic style,its overlapping historically grounded essays and "up to date-ness" ,this book is highly recommended to students and teachers of Japanese politics alike."--Geoffrey C.Gunn,International Annual Bibliography of Festschriften

A Tribute to Arthur Stockwin Rikki Kersten An Oxford Festschrift: The Book in Brief David Williams Acknowledgments Japanese Usage and Style Part One: Left-wing Thought from the Russian Revolution to the War on Terrorism 1. The Left Hand of Darkness: Forging a Political Left in Interwar Japan Christopher Goto-Jones 2. Painting the Emperor Red: The Emperor and the Socialists in the 1930s Rikki Kersten 3. The Japanese Evasion of Sovereignty – Article 9 and the European Canon: Hobbes, Carl Schmitt and Foucault David Williams Part Two: The Metamorphosis of the Left in Postwar Japan 4. The Rise and Fall of Nikkyo-so: Classroom Idealism, Union Power and the Three Phases of Japanese Politics since 1955 Robert W. Aspinall 6. ‘Democratic Government’ and the Left Koichi Nakano 7. The End Game of Socialism: From the JSP to the DJP Sarah Hyde Part Three: Settling Accounts: Globalization, American Empire and History’s Judgment 8. Neo-liberal Economic Policy Preferences of the ‘New Left’: Home-grown or an Anglo-American Import? Leonard J. Schoppa 9. After Abu Ghraib: American Empire, the Left-wing Intellectual and Japan Studies David Williams 10. The Left in the Shaping of Japanese Democracy: Historical Overview Junichi Banno

Rikki Kersten is Professor of Modern Japan Studies at Leiden University, the

Netherlands. She is the editor of our Routledge/Leiden Series in Modern

David Williams, one of Europe’s leading thinkers on modern Japan, is the

author of Japan: Beyond the End of History, Japan and the Enemies of Open

Political Science and Defending Japan’s Pacific War, all published by