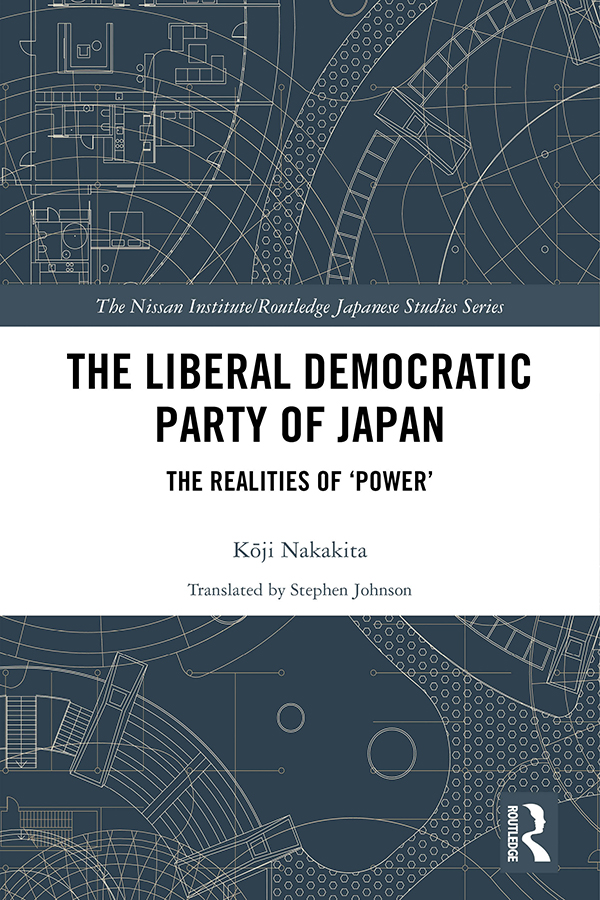 The Liberal Democratic Party of Japan

The Realities of ‘Power’, 1st Edition

This book provides a thorough analysis of the Liberal Democratic Party of Japan (LDP), from a variety of perspectives including its factions, party presidential elections, the distribution of posts, national elections, local organisations, the policy making process and partner organisations.

Drawing on comprehensive and up-to-date data, as well as a large number of interviews, internal party documents and quantitative data, The Liberal Democratic Party of Japan explains the machinery of the Japanese government and ruling party, exploring how policies are made. In so doing, the chapters also analyse the strengths and weaknesses of today’s LDP through a comparison of Koizumi Juni’ichirō and Abe Shinzō, both having established long-lasting administrations through their strong leadership.

Demonstrating how the LDP has changed significantly over recent years, particularly since the political reforms of 1994, this book will be extremely useful to students and scholars of Japanese and Asian politics.

1. Factions: The ‘Parties within a Party’ Weaken

5. The Partner Organisations of the LDP: Their Votes and Money in Decline

Nakakita Koji is Professor of Politics at Hitotsubashi University in Tokyo, Japan. He has published seven books in Japanese including The Establishment of the 1955 System in Japanese Politics (2002).