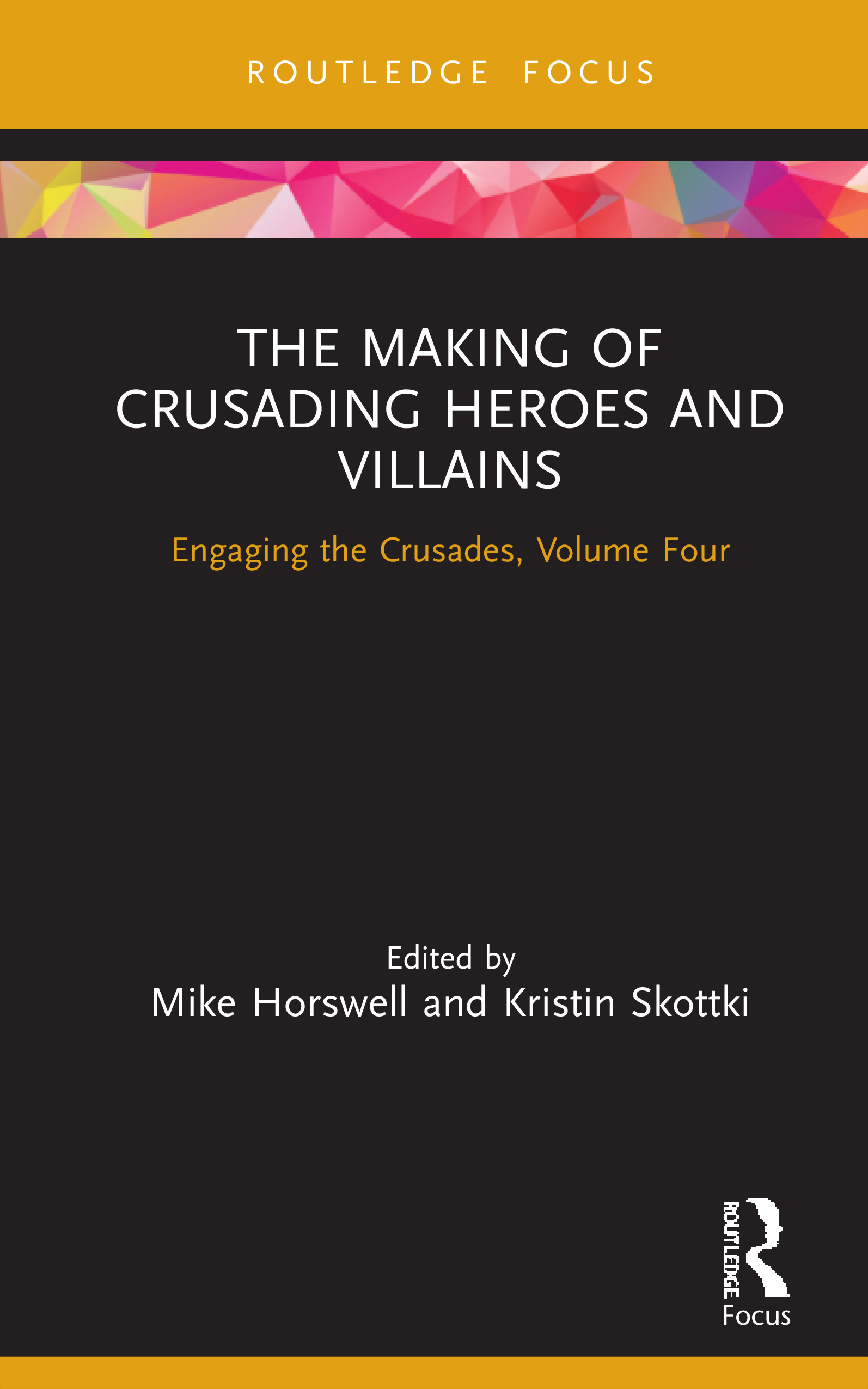 The Making of Crusading Heroes and Villains

Engaging the Crusades is a series of volumes which offer windows into a newly-emerging field of historical study: the memory and legacy of the crusades. Together these volumes examine the reasons behind the enduring resonance of the crusades and present the memory of crusading in the modern period as a productive, exciting and much needed area of investigation.

This new volume explores the ways in which significant crusading figures have been employed as heroes and villains, and by whom. Each chapter analyses a case study relating to a key historical figure including the First Crusader Tancred; ‘villains’ Reynald of Châtillon and Conrad of Montferrat; the oft-overlooked Queen Melisende of Jerusalem; the entangled memories of Richard ‘the Lionheart’ and Saladin; and the appropriation of St Louis IX by the British. Through fresh approaches, such as a new translation of the inscriptions on the wreath laid on Saladin’s tomb by Kaiser Wilhelm II, this bookrepresents a significant cutting-edge intervention in thinking about memory, crusader medievalism, and the processes of making heroes and villains.

The Making of Crusading Heroes and Villains is the perfect tool for scholars and students of the crusades, and historians concerned with the development of reputations and memory.

1. ‘Most Excellent and Brave of Heart’: Tancred’s Making and Unmaking in the Sources

2. The memorialisation of Queen Melisende of Jerusalem: from the medieval to the modern

3. Oppressor, martyr and Hollywood villain: Reynald of Châtillon and the representation of crusading violence

4. ‘The Evil Genius of the Third Crusade’: Conrad of Montferrat, stereotype and scapegoat

6. St Louis: a crusader king and hero for Victorian and First World War Britain and Ireland

7. The Sultan, the Kaiser, the Colonel, and the purloined wreath

Mike Horswell completed his PhD at Royal Holloway, University of London, and is the author of The Rise and Fall of British Crusader Medievalism, c.1825-1945 (2018). He is a Fellow of the Royal Historical Society and is currently researching, teaching and writing about the memory and use of the crusades in the modern era.

is Junior Professor of Medieval History at the University of Bayreuth. She has published on the medieval and modern historiography of the First Crusade, as in her monograph Christen, Muslime und der Erste Kreuzzug (2015). Her current research focuses on late medieval piety and medievalism.