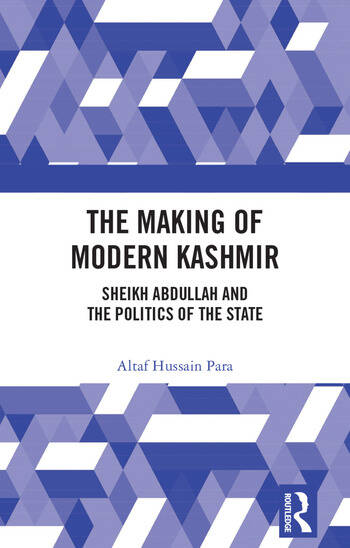 The Making of Modern Kashmir: Sheikh Abdullah and the Politics of the State

This book traces the roots of modern-day Kashmir and the role of Sheikh Abdullah in its making. As the most influential political figurehead in twentieth-century Kashmir, he played a crucial role in its transformation from a kingdom to a state in independent India.

He was enigmatic and complex, to say the least. Following his meteoric rise, he dominated the political scene for more than 50 years, with enduring impact. The volume presents a keen analysis of pre-Independence events which led to the emergence of a controversial and confused identity of the region. It also looks at other major themes in the political life of Kashmir, including the formation of the Muslim Conference, the plebiscite movement and the Kashmir Accord.

A major intervention in the political life of South Asia, this book presents an inside-view of the history of modern Kashmir through the life and times of Sheikh Abdullah. It will be of great interest to scholars and researchers of politics, history, and modern South Asia.

Introduction 1. Impact of a Heartless Treaty That Sold an Entire Population 2. Sheikh Mohammad Abdullah: Early Life and Ideological Background 3. Harbinger of National Consciousness: From Reading Room Party to Muslim Conference 4. Role as Muslim Conference President 5. Apostle of Secularism: Nationalization of a Secular Movement 6. Role as National Conference President: Confronting with Alternative Voices 7. Accession: Swimming Against the Tide 8. In Power (1947-1953): Shaky Foundations of a Democratic Edifice 9. Out of Power: Trapped in His Own Cage 10. Accord: A Lion Made Toothless 11. Regaining Power: A Shadow of His Own. Conclusion. Bibliography

Altaf Hussain Para teaches history at Cluster University of Srinagar, Jammu and Kashmir, India. He has published papers in several reputed journals including Economic and Political Weekly besides being a regular contributor to the prominent local dailies like Greater Kashmir, Kashmir Times, Rising Kashmir and the weekly Kashmir Life. 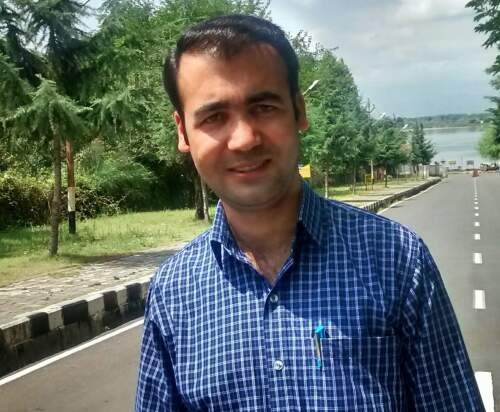 "A political study of the enigmatic Sheikh Abdullah, Kashmir’s premier leader at the time of British decolonization in India, was an overdue exercise. Altaf Hussain Para fills the lacuna by taking a close and critical view of the ‘Lion of Kashmir’ who singlehandedly shaped the future of the former princely state by supporting accession to India and then spent decades trying to undo the decision. Focusing on the Sheikh’s contradictory stances and U-turns, this book opens up new lines of analysis and deepens understanding of the reasons for Kashmir’s contentious relations with New Delhi. By interweaving Abdullah’s life and times with political developments in Jammu and Kashmir, The Making of Modern Kashmir provides new insights into the history of one of the world’s longest surviving and most dangerous conflicts." — Ayesha Jalal, Mary Richardson Professor of History, Tufts University, USA

"It is impossible to comprehend contemporary Kashmir without an understanding of Sheikh Abdullah, the commanding Kashmiri political leader of the twentieth century. In this detailed study, Altaf Hussain Para provides a wealth of information and insight about the career of this complex and often misunderstood champion of Kashmiri nationalism. This book will oblige scholars and researchers to look afresh at both the man and his motives and is an important step towards a more rounded understanding of one of the key figures of India's independence era." — Andrew Whitehead, author of 'A Mission in Kashmir' and a former BBC India correspondent

"How could a man who facilitated Kashmir's accession to India spend 22 years, mostly behind bars, to undo that accession? Significantly, how could that same man enter into an infamous accord with the Government of India and come to power once more? In this important book, Dr Altaf Hussain Para examines the complicated trajectory of Sheikh Muhammad Abdullah, who was once a revered leader in Kashmir, and whose grave now lies guarded by police officials, to protect it from the very people who brought him to political fame. In doing so, he narrates the tragic story of Kashmir--a story of promises and aspirations, but ultimately, significant betrayals." — Hafsa Kanjwal, Assistant Professor in South Asian History at Lafayette College, USA