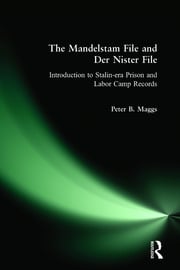 Against the powerful image of Japan as a rising economic superpower, or even, in Ezra Vogel's influential formulation a deade ago, "Japan as number 1", this book explores the fragility, hubris and human and environmental costs of Japan's desperate drive for hyperdevelopment. As this economic superpower finds itself drifting, rudderless, through the decade, four seminal events seem to emblemise the enveloping crisis: the Kobe Earthquake, which the author shows to be no mere act of nature, but an event whose consequences are intimately bound up with desperate hypergrowth; The Ayum Rikyo poison gas attack, which struck at Japan's sense of security in its deepest senses (psychological and moral, as well as physical); the collapse of the LDP single-party rule after nearly 40 years, plunging Japan's superstable political system into crises manifested by implausible coalition with little more than a thirst to rule in common; and Japan's inability to come to terms with war respnsibility ever after 50 years, best symbolised by the Comfort Women issue and the government's hapless attempt to come up with an appropriate formula for recognising, apologising and making amends for wartime aggression and crimes. Gavan McCormack addresses these issues - which are political, economic, social cultural and moral in the most profound sense - directly in this book.