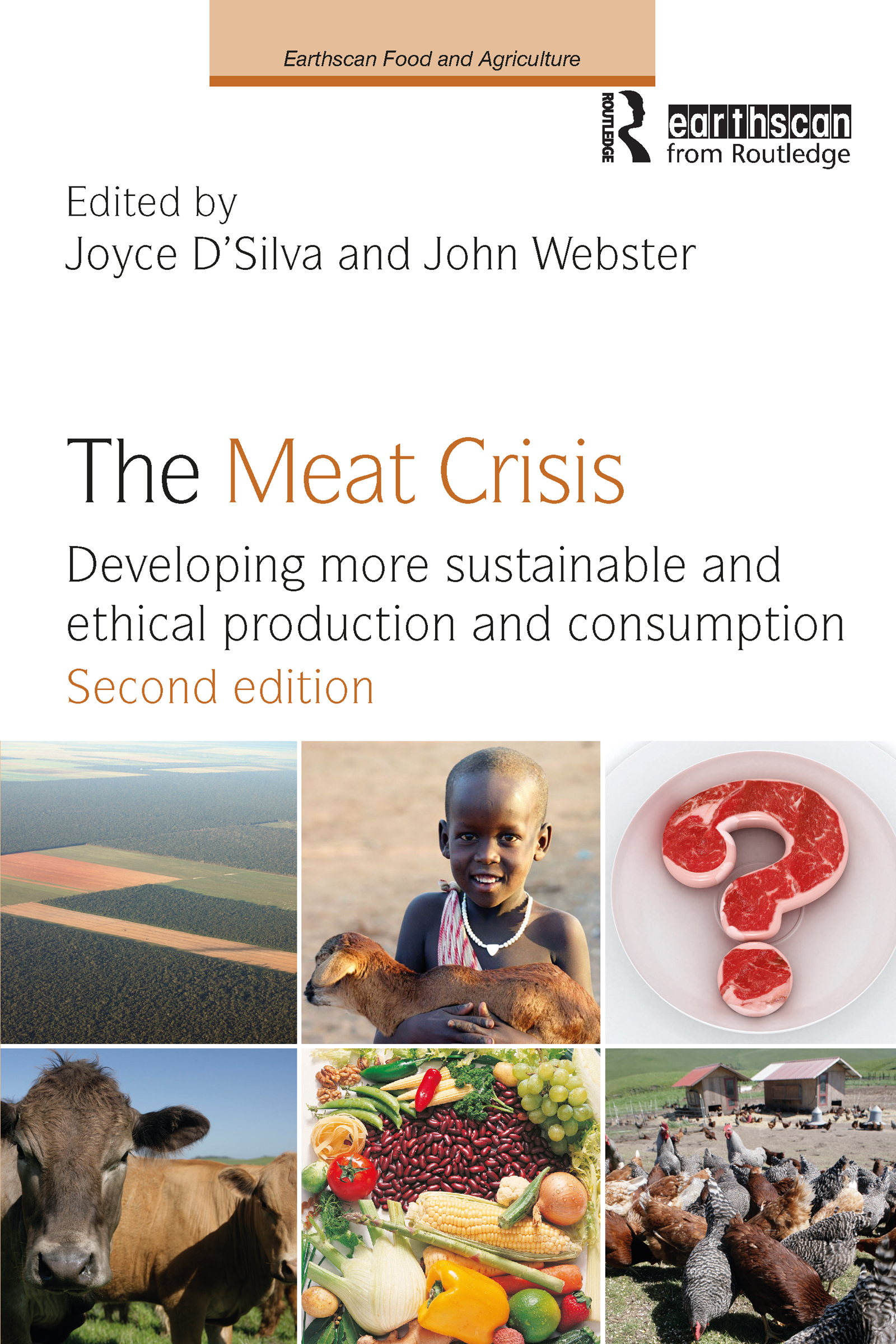 Meat and dairy production and consumption are in crisis. Globally, 70 billion farm animals are used for food production every year. It is well accepted that livestock production is a major contributor to greenhouse gas emissions. The Food and Agriculture Organization of the United Nations (FAO) predicts a rough doubling of meat and milk consumption in the first half of the 21st century, with particularly rapid growth occurring in the developing economies of Asia. What will this mean for the health and wellbeing of those animals, of the people who consume ever larger quantities of animal products, and for the health of the planet itself?

The new edition of this powerful and challenging book explores the impacts of the global growth in the production and consumption of meat and dairy, including cultural and health factors, and the implications of the likely intensification of farming for both small-scale producers and for animals. Several chapters explore the related environmental issues, from resource use of water, cereals and soya, to the impact of livestock production on global warming and issues concerning biodiversity, land use and the impacts of different farming systems on the environment. A final group of chapters addresses ethical and policy implications for the future of food and livestock production and consumption.

Since the first edition, published in 2010, all chapters have been updated, three original chapters re-written and six new chapters added, with additional coverage of dietary effects of milk and meat, antibiotics in animal production, and the economic, political and ethical dimensions of meat consumption. The overall message is clearly that we must eat less meat to help secure a more sustainable and equitable world.

"This new edition of The Meat Crisis makes an even stronger case for radically rethinking our food and farming systems and transforming our diets." - Joanna Lumley, OBE, actor and campaigner

"This new enlarged and enriched edition makes both enthralling and chilling reading. You will be in no doubt as to why factory farming is so unsustainable, not just for the animals, but for the health and survival of humanity and the planet." - Philip Lymbery, Chief Executive, Compassion in World Farming, and author of 'Farmageddon'

"If you care about climate change, suffering, sustainability, and rights, you need to care about the meat crisis. With hard data and compelling logic, the authors in this collection show just how little the meat industry cares for the consequences of their business model, one on which the planet is gradually becoming hooked. Happily, there are solutions here too – ones that are worth heeding. For a world without Big Meat, the ideas in this book are invaluable." - Raj Patel, Research Professor, Lyndon B Johnson School of Public Affairs, University of Texas at Austin, US

Part 1: The Impacts of Animal Farming on the Planet

1. How to raise livestock – and how not to

2. The water footprint of animal products

4. Golden fields, burning forests and hungry people: how corn and soy are impacting us all

5. Animals on the land: from desert to pasture and woodland

6. Does organic farming offer a solution?

7. Beef and dairy: the cattle story

Part 3: The Implications of Meat Production for Human Health

12. Industrial animal agriculture’s role in the emergence and spread of disease

13. Antibiotic use in farm animals: the global threat

14. How much meat is optimal for health?

16. The politics and economics of farm animal welfare and sustainable agriculture

Part 5: Devising Farming and Food Policies for a Sustainable Future

18. Policy strategies for a sustainable food system: options for protecting the climate

19. Meat and policy: charting a course through the complexity

20. Towards improved farm animal welfare: the impact of international standards and consumer pressure

Joyce D'Silva worked for Compassion in World Farming from 1985 to 2016, including fourteen years as Chief Executive. She now does consultancy work. She lectures internationally and has published widely on farm animal welfare, including co-editing 'Animals, Ethics and Trade' (Earthscan, 2006). She has been awarded honorary doctorates by the Universities of Winchester and Keele, UK.

John Webster is Professor Emeritus at the University of Bristol, UK. He was a founder member of the Farm Animal Welfare Council and is a former President of both the Nutrition Society and the British Society for Animal Science. His books include 'Animal Husbandry Regained' (Routledge, 2012), 'Understanding the Dairy Cow', 'Animal Welfare: A Cool Eye towards Eden', and 'Animal Welfare: Limping towards Eden'.