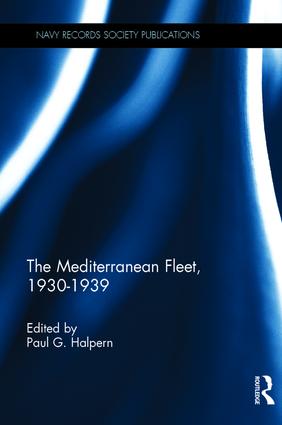 The Mediterranean Fleet entered the 1930s looking back to the lessons of Jutland and the First World War but also seeking to incorporate new technologies, notably air power. Unfortunately in the depression years of the early 1930s there was a lack of funds to remedy deficiencies. The problem became critical during the Abyssinian crisis of 1935. The crisis wound down by mid-1936 but the respite did not last long. In June 1936 the Spanish Civil War broke out and the Mediterranean Fleet was soon involved in evacuations of British and other endangered foreigners from Spanish ports as well as the protection of British flagged merchant ships in the war zone. In addition to the Spanish Civil War there was an increase of tension with Germany in 1938 that culminated with the Czechoslovak crisis in September. The situation of the Mediterranean Fleet and its possible actions had the Munich agreement not been reached are described. The Spanish Civil War ended in 1939 with the victory of the Nationalists and the Mediterranean Fleet was again involved in evacuations. By now the prospect of war with Germany and possibly Italy was quite clear and serious preparations for war continued. The plans for war in the Mediterranean are reproduced in detail.