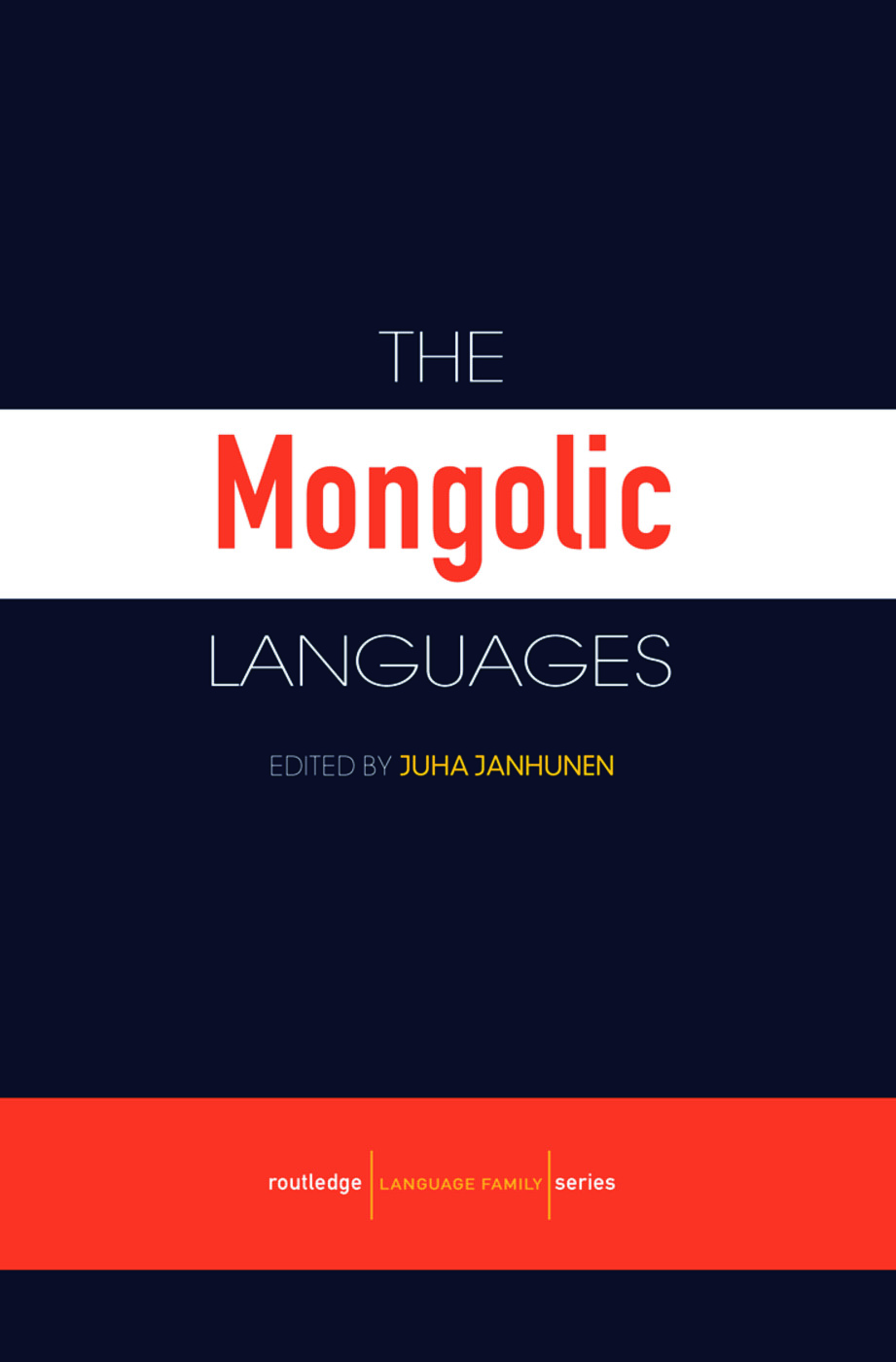 Once the rulers of the largest land empire that has ever existed on earth, the historical Mongols of Chinggis Khan left a linguistic heritage which today survives in the form of more than a dozen different languages, collectively termed Mongolic. For general linguistic theory, the Mongolic languages offer interesting insights to problems of areal typology and structural change. An understanding of the Mongolic language family is also a prerequisite for the study of Mongolian and Central Eurasian history and culture. This volume is the first comprehensive treatment of the Mongolic languages in English, written by an international team of specialists.

'The book is a useful handbook for all who are interested in Mongolic languages and a long-awaited fundamental work for researchers of Mongolistics.' - Acta Orientalia

'…Remarkably useful and carefully edited… it is a volume that will surely serve its field well for years to come, and also one that, even in these days of astonishingly high prices, is well worth what it costs.' - International Journal of Uralic and Altaic Studies

Juha Janhunen is Professor and Chair of East Asian Languages and Cultures at the University of Helsinki. His publications include Manchuria: An Ethnic History (1996), Material on Manchurian Khamnigan Evenki (1991) and Material on Manchurian Khamnigan Mongol (1990). His research interests include, in particular, the Samoyedic, Tungusic and Mongolic languages, though he has also worked on Japanese, Korean, Tibertan and Palaeo-Siberian.

Each volume in this series contains an in-depth account of the members of some of the world's most important language families. Written by experts in each language, these accessible accounts provide detailed linguistic analysis and description. The contents are carefully structured to cover the natural system of classification: phonology, morphology, syntax, lexis, semantics, dialectology, and sociolinguistics.

Every volume contains extensive bibliographies for each language, a detailed index and tables, and maps and examples from the languages to demonstrate the linguistic features being described. The consistent format allows comparative study, not only between the languages in each volume, but also across all the volumes in the series.