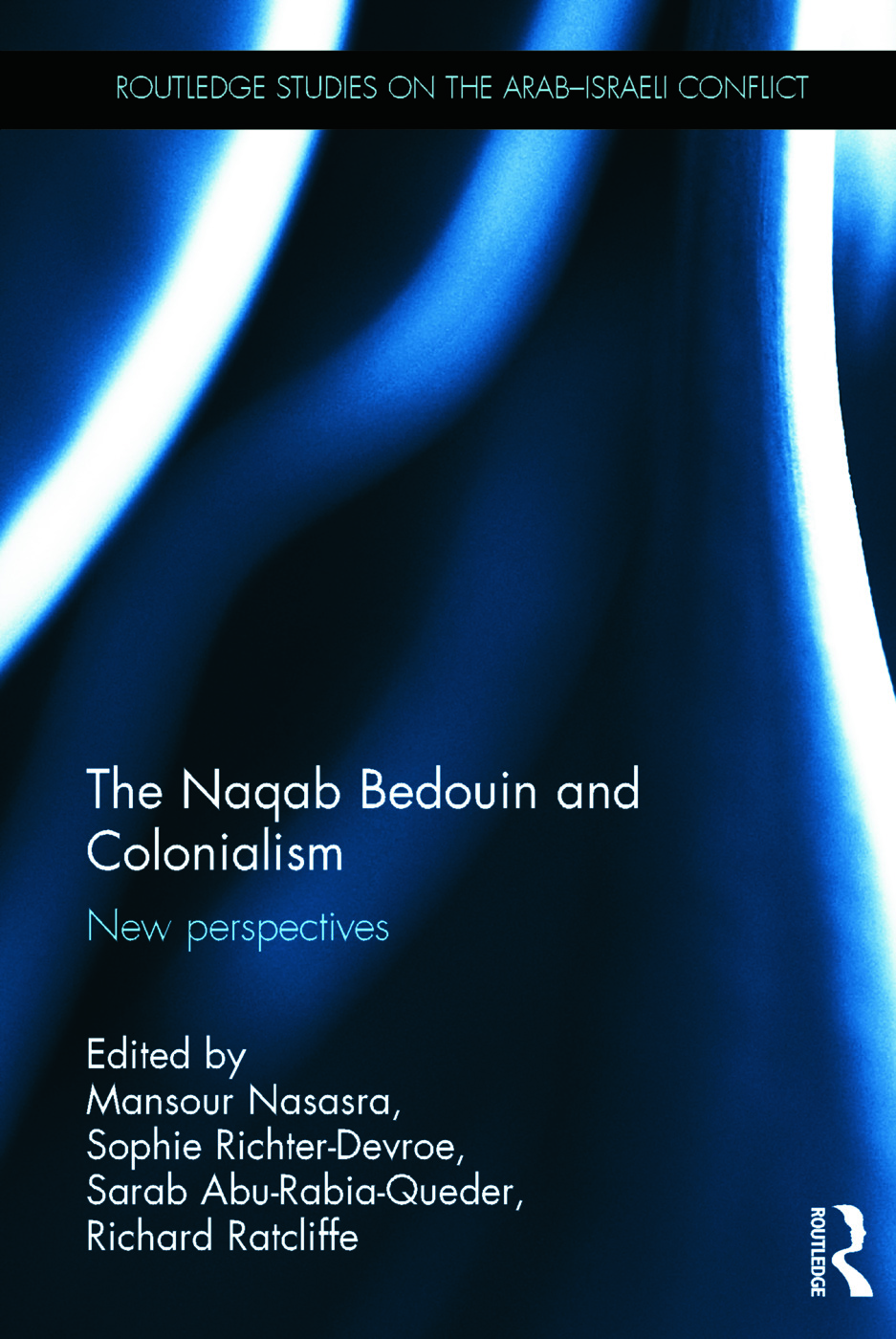 The Naqab Bedouin and Colonialism

The Naqab Bedouin and Colonialism brings together new scholarship to challenge perceived paradigms, often dominated by orientalist, modernist or developmentalist assumptions on the Naqab Bedouin.

The past decade has witnessed a change in both the wider knowledge production on, and political profile of, the Naqab Bedouin. This book addresses this change by firstly, endeavouring to overcome the historic isolation of Naqab Bedouin studies from the rest of Palestine studies by situating, studying and analyzing their predicaments firmly within the contemporary context of Israeli settler-colonial policies. Secondly, it strives to de-colonise research and advocacy on the Naqab Bedouin, by, for example, reclaiming ‘indigenous’ knowledge and terminology.

Offering not only a nuanced description and analysis of Naqab Bedouin agency and activism, but also trying to draw broader conclusion as to the functioning of settler-colonial power structures as well as to the politics of research in such a context, this book is essential reading for students and researchers with an interest in Postcolonial Studies, Development Studies, Israel/Palestine Studies and the contemporary Middle East more broadly.

is an anthropologist whose DPhil thesis at St. Antony's College, Oxford is on the politics of NGOs among the Naqab Bedouin. His recent articles include: D. Mills & R. Ratcliffe (2012) "After Method? Ethnography in the Knowledge Economy", Qualitative Research 12 (2); pp.147-164 and R. Ratcliffe (2009) "The Battle for Recognition: Civil Society, Citizenship and the Political Rise of the Negev Bedouin" In: Marteu, Elisabeth, Ed. Civil Organizations and Protest Movements in Israel: Mobilization around the Israeli-Palestinian Conflict.

is senior lecturer at the Bona Terra Department of Man in the Desert at the Jacob Blaustein Institute of Desert Studies, Ben Gurion University, where she holds the Koshland Family Career Development Chair in Desert Studies. She is author of Excluded and Loved: Educated Bedouin Women's Life Stories (2008), co-author of Palestinian Women in Israel: Identity, Power Relations and Coping (2010) (both in Hebrew), and co-editor of a special issue of Hagar (2009) on "The Politics of Gendered Development".

is lecturer in Gender and Middle East Studies at the Institute of Arab and Islamic Studies, Exeter University. Her book How Women Do Politics: Peacebuilding, Resistance and Survival in Palestine won the 2012 National Women’s Studies Association/Illinois Press First Book Prize (forthcoming, 2014).

Routledge Studies on the Arab-Israeli Conflict

The Arab-Israeli conflict continues to be the centre of academic and popular attention. This series brings together the best of the cutting edge work now being undertaken by predominantly new and young scholars. Although largely falling within the field of political science the series also includes interdisciplinary and multidisciplinary contributions.