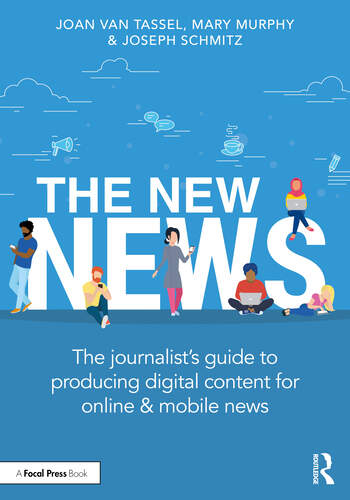 The New News offers an approachable, practical guide to the 21st century newsroom, equipping journalists with the skills needed to work expertly, accurately, and efficiently across multiple media platforms.

Features developed exclusively for this book include innovative visuals showing the multimedia news structures and workflows used in modern newsrooms; a glossary of up-to-date terms relevant to online journalism; and practical exercises and activities for classroom use, as well as additional online instructor materials.

News by the Numbers

Mobile Journalism: News on the Move

​Mary Murphy is an Associate Professor at the USC Annenberg School for Communication and Journalism. A Press Club award-winning journalist in print, TV, and online, she was on the staffs of Esquire, New York, New West, ​and ​TV Guide magazines, ​and the ​St. Louis Post-Dispatch​ and the​ Los Angeles Times. She was an on-air correspondent for Entertainment Tonight.

Currently, she writes a blog for TheWrap.com and other digital publications. She co-authored Blood Cold, an investigation of the Robert Blake case, and is working on another book about Hollywood.

Murphy sits on the Boards of Directors of the Broadcast Television Critics Association and Fordham/Marymount University​.​