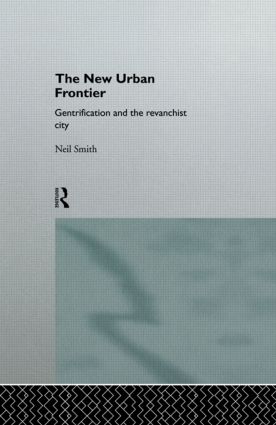 Why have so many central and inner cities in Europe, North America and Australia been so radically revamped in the last three decades, converting urban decay into new chic? Will the process continue in the twenty-first century or has it ended? What does this mean for the people who live there? Can they do anything about it?

This book challenges conventional wisdom, which holds gentrification to be the simple outcome of new middle-class tastes and a demand for urban living. It reveals gentrification as part of a much larger shift in the political economy and culture of the late twentieth century. Documenting in gritty detail the conflicts that gentrification brings to the new urban 'frontiers', the author explores the interconnections of urban policy, patterns of investment, eviction, and homelessness.

The failure of liberal urban policy and the end of the 1980s financial boom have made the end-of-the-century city a darker and more dangerous place. Public policy and the private market are conspiring against minorities, working people, the poor, and the homeless as never before. In the emerging revanchist city, gentrification has become part of this policy of revenge.

'An invaluable resource for urban researchers.' - Progress in Human Geography

Neil Smith is professor of Geography and acting Director of the Center for the Critical Analysis of Contemporary Culture. An urban geographer and social theorist, he has written extensively on gentrification, the history of geography, and the production of nature. He is author of Uneven Development (Blackwell 1991) and of the forthcoming The Geographical Pivot of History: Isaiah Bowman and the American Century (John Hopkins Press).