The Origins of Democratic Zionism 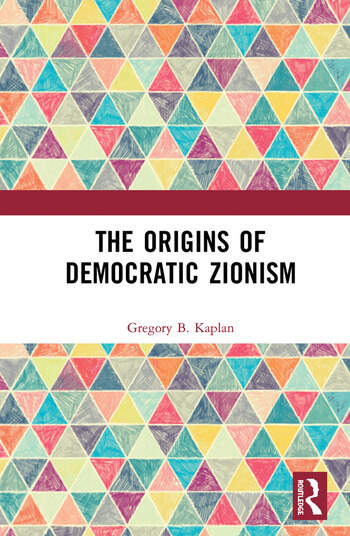 The Origins of Democratic Zionism

This book is the first to link the modern appreciation for democratic freedom directly to Jewish political thought in seventeenth-century Amsterdam. The modern appreciation for democratic values is often assumed to have its roots in Classical thought. However, democracy has taken various forms in its progression to the governance many countries now employ. Working in dialog with Protestants, Jewish thinkers voiced the first Modern appeal for the reestablishment of a Jewish polity in the Holy Land. This appeal was grounded in a vision of a Jewish state governed by individual liberty and popular consent, which could be defined as a democratic Zionism.

The book focuses on influential rabbi Saul Levi Morteira (b. ca. 1590-d. 1660), as well as two of the most renowned members of his congregation, Baruch Spinoza and Miguel de Barrios. Unlike contemporary Catholic and Protestant thinkers, these three intellectuals found democratic values in an Old Testament polity that came to be revered as the Hebrew Republic. The book explores the trajectory by which this democratization of the Hebrew Republic evolved in the writings of Morteira as an alternative to divine-right rule. It then shows that, in spite of their divergent views toward practicing Judaism, Spinoza and Barrios disseminated Morteira’s democratic ideas and promoted the Hebrew Republic as a model polity for a post-medieval political order.

This book will be of great use to scholars of Judaism and Jewish philosophy in the modern era, medieval and early modern Spanish literature, as well as religious, political and intellectual history.

Introduction: From Democracy to Democratic Zionism

1 Flawed Democracy, the Aristotelian Agricultural Democracy and the Hebrew Republic

3 The Divine-Right Spanish Monarchy and the Conversos

4 The Hebrew Republic as an Alternative to Habsburg Rule and the Emergence of Morteira, Barrios and Spinoza

6 Morteira, Hobbes and the Democratic Zionism of Spinoza and Barrios

Appendix: Treatise on the Truth of the Law of Moses, Chapters One, Two, Ten and Eleven (Translation into English by Gregory B. Kaplan)

Gregory B. Kaplan is Professor of Spanish and an Affiliated Faculty Member of the Department of Religious Studies at the University of Tennessee, USA.

‘This is an original study that sheds light on a relatively unknown chapter in Western history, revealing that Enlightenment thinkers such as Spinoza and Grotius found inspiration in, and likely cribbed their ideas from, the most unlikely of places: a rabbi and his interpretation of the Hebrew bible and the fate of the Jews in it. Kaplan shows how the rabbi of Amsterdam, Saul Levi Morteira, imagined a democratic ideal society as an alternative to the persecuting, monarchical Habsburg Empire.’ – Michelle M. Hamilton, University of Minnesota, Twin Cities, USA