The Origins of Ethical Failures
Lessons for Leaders

The Origins of Ethical Failures: Lessons for Leaders

In 2001, as a young university graduate, Dennis Gentilin became a member of a FX trading desk at one of Australia’s largest banks, the National Australia Bank. In the years that followed the desk became involved in a trading scandal that resulted in the resignation of the chairman and CEO, the upheaval of the board of directors, significant financial loss, and incalculable reputational damage. It was in this environment that the true meaning of business ethics was revealed to Gentilin.

In this ground breaking book, Gentilin draws on both his personal experience and the emerging literature in the various disciplines of psychology to provide a very unique insight into the origins of ethical failures. The intellectual depth Gentilin provides coupled with his real life reflections make this book a must read for senior leaders, regulators, consultants, students and practitioners.

Amongst other things, the book highlights the shortcomings associated with the traditional approaches used to explain and address ethical failures and illustrates how easily we can all, individuals and organisations alike, be complicit to unethical conduct. More importantly, it provides lessons and guidance to all leaders who aspire to build institutions that are more resilient to ethical failure.

1. The Power of Context

Dennis Gentilin is a financial services professional who has been employed in the banking industry for over 15 years. His first ten years were spent working in a variety of roles in financial markets, and more recently he worked within corporate strategy.

Without question Dennis’s defining career moment was his association with the FX trading scandal that rocked the National Australia Bank (NAB) in 2004. Although he was publicly named as a "whistleblower" in that incident, he has been reluctant to allow this label to define him (for better or worse) and become central to his identity.

This being said, it goes without saying that this experience profoundly shaped Dennis and his view of the world. What’s more, his inquisitive nature and capacity for deep thought means that he reflected on the incident like very few would, allowing him to develop a very unique perspective on business ethics.

It is only recently that Dennis felt compelled to share his insights. The result is this very unique business book that combines a memoir on a real life experience with a meditation on our flawed humanity. Within these pages, Dennis has managed to salvage, like very few could, the lessons associated with an ethical failure.

Dennis’s primary motivation for writing The Origins of Ethical Failures is to educate. He hopes that the lessons herein will be valuable to all leaders, and illustrate the central role they play in creating institutions that are more resilient to unethical conduct.

But in addition, Dennis hopes the book will play a role in continuing the push we have seen in recent times that looks to make ethics a key priority in the business world. As he himself says, the costs associated with failing to do this are too great:

"Ethical failures produce no winners. The victims are not just those found guilty of engaging in illegal or unethical conduct. Community and customers lose faith in a brand they once believed in, shareholders suffer considerable losses, and employees are left to deal with the drawn out consequences associated with loss of trust and greater scrutiny. Ultimately, society at large carries the cost."

Dennis lives in Melbourne, Australia with his wife Kate and daughters Amelia and Charlotte. 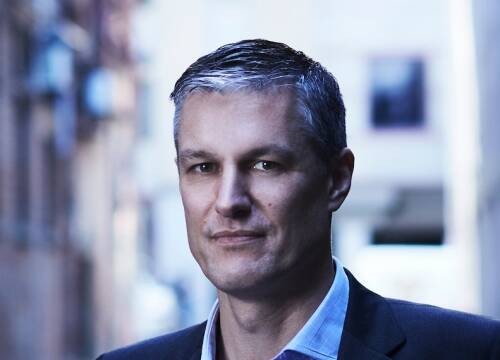 "Gentilin’s cure bypasses individual responsibility and integrity, and is all about changing the culture of organisations to inoculate them against the likelihood of ethical failures. He recommends that organisations should begin by articulating a 'virtuous purpose', but says the challenge is bringing these statements to life." - The Australian Business Review

'Dennis Gentilin has given us all a profoundly useful book, not surprisingly because he himself is a practitioner whose commitment to ethical business was forged in the fire of personal experience. Gentilin brings together a wide-ranging review of the relevant scholarship, while never failing to bring the reader back to application, to our own practice, helping us all not only to understand but to act in the service of values-driven leadership.'
Mary C. Gentile, Director, Giving Voice To Values, Babson College, USA

'Ethical behaviour in organisations derives from culture and practice, not rules and pronouncements. Leaders set the standard through every action they take, no matter how inconsequential. In this ground-breaking book, Dennis Gentilin provides clear guidance for all leaders and organisations on how to behave ethically and avoid drifting into the unconscionable behaviour we are all capable of given the right circumstances. If you are a leader, you should read this book.'
Lindsay Tanner, Australian Minister for Finance 2007-2010

'Dennis Gentilin has written a lucid and well-informed account of the origins of ethical failure. His grasp of the relevant theory is strong. However, it is Dennis' capacity to draw on personal experience - and, in doing so, to give an authentic account of what it means to act with moral courage - that makes this such a significant work. It deserves to be widely read - not least because of the manner in which it will reward its readers.'
Simon Longstaff AO, Executive Director of The Ethics Centre

‘Dennis Gentilin could have been forgiven for writing in a most critical and damning manner about his particular workplace experience. But he has chosen not to. Rather, his focus is measured, well researched and committed to changing for the better that most important building block of the corporation - culture. This is a work that will stand the test of time and remain highly relevant for a very long time. And I am not surprised that it enjoys the support of the very corporation that caused him to embark on this journey in the first place.’