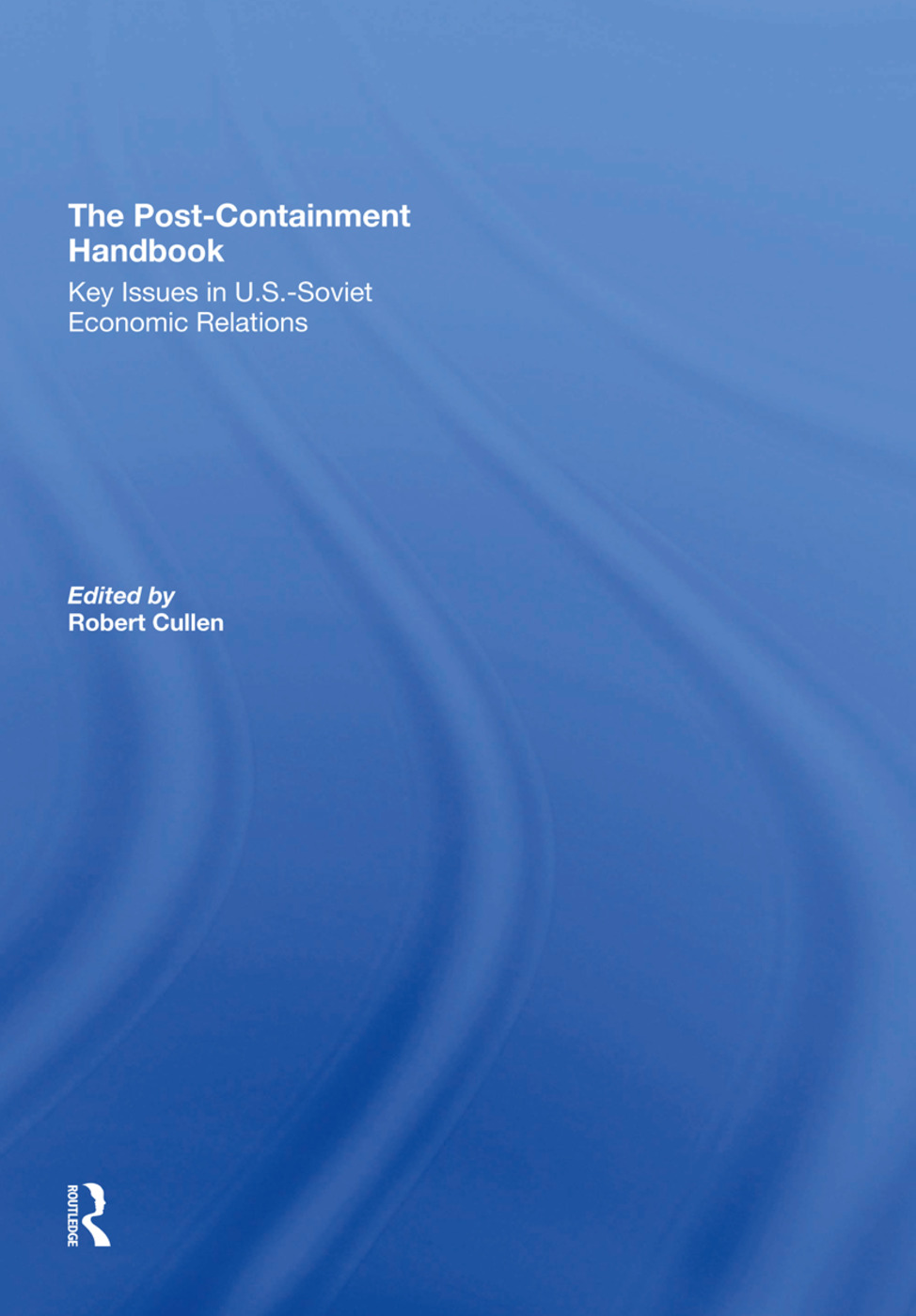 "The Post-containment Handbook" is a source-book for anyone concerned about US-Soviet economic relations and the upcoming debate over their normalization. It is filled with original essays and key documents charting the history of trade agreements, diplomatic relations, and human rights issues as they bear on the commerce between the superpowers. Debate on the issues will heat up with the September 1990 expiration of the Export Administration Act - the major instrument by which the United States has regulated exports to the Soviet Union. The terms of the debate are clear - the Soviet Union wants to enter the world economy; President Bush has said that the United States must move beyond containment - and that he wants perestroika to succeed. Top priority is a normal US-Soviet economic and commercial relationship. The handbook contains the text of such documents as the Jackson-Vanik Amendment, the Stevenson and Byrd Amendments, previous trade agreements governing credit, COCOM procedures, and extensive excerpts from the Export Administration Act. Letters, laws, and original essays round out the documentary portrait of this most important economic policy arena.

Robert Cullen is the editor of Soviet-American Trade, a monthly newsletter.