The Psychic Home
Psychoanalysis, consciousness and the human soul 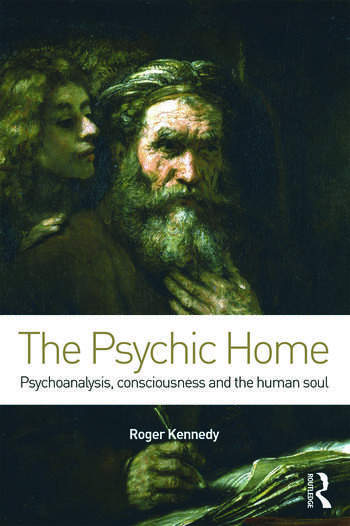 The Psychic Home: Psychoanalysis, consciousness and the human soul

The Psychic Home: Psychoanalysis of Consciousness and the Human Soul develops, from a number of different viewpoints, the significance of home in our lives. Roger Kennedy puts forward the central role of what he has termed a ‘psychic home’ as a vital psychic structure, which gathers together a number of different human functions. Kennedy questions what we mean by the powerfully evocative notion of the human soul, which has important links to the notion of home and he suggests that what makes us human is that we allow a home for the soul. As an illustration of this concept he explores how it can help to understand a vital element of William Wordsworth’s development as a poet.

The word soul is both abstract and yet also powerfully emotive. Kennedy shows that it can be approached from a number of different angles, from psychoanalysis, philosophy, religion, sociology, literature and neuroscience. The Psychic Home, discusses the mysteries and complexities of the soul, and aims to evoke some restoration of its place in our thinking. It illustrates how the word soul and similar key words, such as spirit and inwardness, express so much that is essential for humans, even if we cannot be too precise about their meanings.

Insightful, enlightening and broad reaching, The Psychic Home brings the concept of the soul centre stage as an entity that is elemental, an essence, irreducible, and what makes us human as subjects of experience. It will be essential reading for psychoanalysts, psychotherapists, neuroscientists, philosophers and those interested in spirituality and religion.

Acknowledgments. Home for the Soul. Psychic Home. The Importance of a Psychic Home in the Life and Work of William Wordsworth. Towards the Soul: The Identity Issue. The Soul and its Home. Loneliness and Solitude. Happiness and Misery. Summary.

Roger Kennedy is a psychoanalyst in private practice and past president, British Psychoanalytical Society. He worked for 30 years as an NHS consultant. He is a child psychiatrist at the Child and Family Practice and at Ashwood Associates. He has published twelve previous books, including Psychoanalysis, History and Subjectivity (Routledge, 2002) and The Many Voices of Psychoanalysis (Routledge, 2007).

"Through an erudite examination of our roots, in terms such as "soul", Kennedy convincingly proposes that all of us live in a psychic home. From this intellectual platform, he re-examines the concept of identity in psychoanalysis, tracing it back to the works of Aristotle, then Wordsworth, to Freud. What emerges is a stunningly new and convincing theory of the self that is both moving and inspiring." - Christopher Bollas, psychoanalyst practising in London

"Roger Kennedy gives fresh meaning to the idea of ‘soul’, and to the concept of ‘home’ both externally and as an interior, subjective space. With the concept of a ‘home for the soul’ he explores the poetry of Wordsworth, and themes such as loneliness, happiness and identity. This is a wonderfully wide-ranging book that reveals in how many ways psychoanalytic thinking can enrich our understanding of life." – Michael Parsons, training analyst for the British Psychoanalytical Society and member of the French Psychoanalytic Association

"The human soul may be a philosophical outcast, but it remains a psychological reality close to the centre of our being. Kennedy brings his sensitivity as a child psychiatrist to bear on the task of the soul’s rehabilitation. His wise and eloquent book goes a long way to providing the soul with a scientific as well as a spiritual home." - Nicholas Humphrey, Darwin College, Cambridge