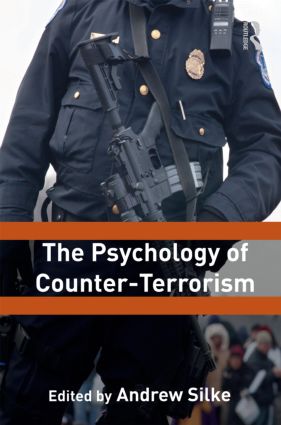 The Psychology of Counter-Terrorism

This edited book explores how psychology can be used to improve our understanding of terrorism and counterterrorism.

This work firstly aims to provide balanced and objective insight into the psychology of terrorists; what their motivations are, what keeps them involved in terrorist groups, and what eventually forces most to end their active involvement in terrorism. Secondly, the contributors focus on the challenging issue of how to respond to terrorism. These chapters provide information for those concerned with short-term tactical problems (e.g. interviewing), as well as those looking towards the more long-term strategic questions of bringing an entire terrorist campaign to an end. Ultimately, the individuals involved in terrorism require a more complex response from society than simply a quest for their apprehension. Believing inaccurate and misleading characterizations leads inevitably to damaging policies and deficient outcomes and campaigns of violence are needlessly prolonged. It is from this perspective that the concern arises with how researchers – and the policy makers guided by them – perceive the psychology of terrorists and of terrorism.

This innovative book will be of great interest to students of terrorism and counter-terrorism, security studies, psychology and politics, as well as security professionals and military colleges.

‘Although there is a growing recognition of the value of psychology in the study of terrorism, the field still lacks the substantive literature that might extend and develop our knowledge. This volume makes a significant contribution to that literature by drawing together, through specialist contributors, perspectives and insights from psychology focussed on a range of problem areas directly relevant to the problems of terrorism we now face. In terms of both depth and breadth, this book greatly adds to our understanding.’ Professor Max Taylor, University of St Andrews, UK

‘Not only has Andrew Silke provided the first textbook on the psychology of counter-terrorism, but he has provided a gold standard for all others to follow. An outstanding collection of thought-provoking and sometimes controversial essays. This is essential reading for researchers and responders alike.’ Dr John Horgan, Director, International Center for the Study of Terrorism, Penn State University, USA

Andrew Silke is the Field Leader for Criminology and the Director of Terrorism Studies at the University of East London. He is author of several books and over 100 articles on terrorism.