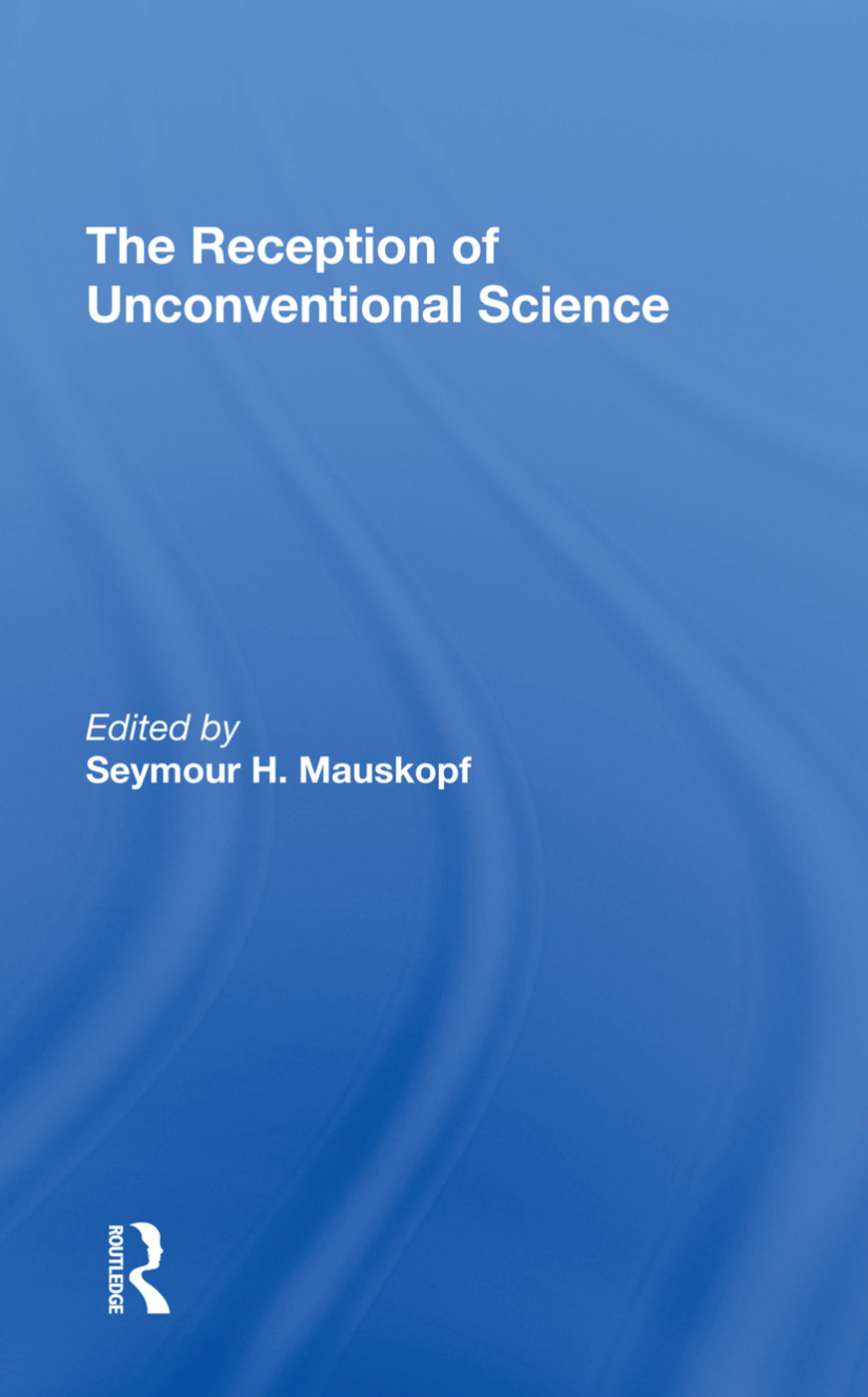 The Reception Of Unconventional Science

The issue of perhaps greatest concern to historians of science today is the internalist-externalist dichotomy. This volume directly addresses that issue, at the same time providing a context for the serious study of heterodox science and scientific theories. The book consists of four studies, each of which considers the response of a scientific community to an unconventional theory or claim: the acausal physics of Heisenberg; Wegener's geological theory of continental drift; acupuncture; and the statistical argument for extrasensory perception. As they reveal a wide range of reactions to orthodoxy, the studies themselves exemplify the range of approaches the historian may use in examining scientific unconventionality.

About the Editor and Authors -- Introduction /Seymour H. Mauskopf -- 1 The Reception of an Acausal Quantum Mechanics in Germany and Britain /Paul Forman -- 2 The Reception and Acceptance of Continental Drift Theory as a Rational Episode in the History of Science /HenPy FrankeZ -- 3 Reception of Acupuncture by the Scientific Community: From Scorn to a Degree of Interest /John z. Bowers -- 4 The Controversy over Statistics in Parapsychology 1934-1938 /Seymour H. Mauskopf and MichaeZ R. McVaugh -- 5 Discussion: On the Reception of Unconventional Scientific Claims /MarceUo Truzzi -- References.

Seymour H. Mauskopf, associate professor in the Department of History at Duke University, specializes in history of science, particularly of 18th and 19th century physical science, and of parapsychology. A member of the History of Science Society, he is the author of a monograph entitled Crystals and Compounds: Molecular Structure and Composition in Nineteenth Century French Science (Trans. Amer. Phil. Soc., Vol. 66, Pt. 3, 1976), and articles on the history of 18th and 19th century chemistry and on the history of parapsychology.