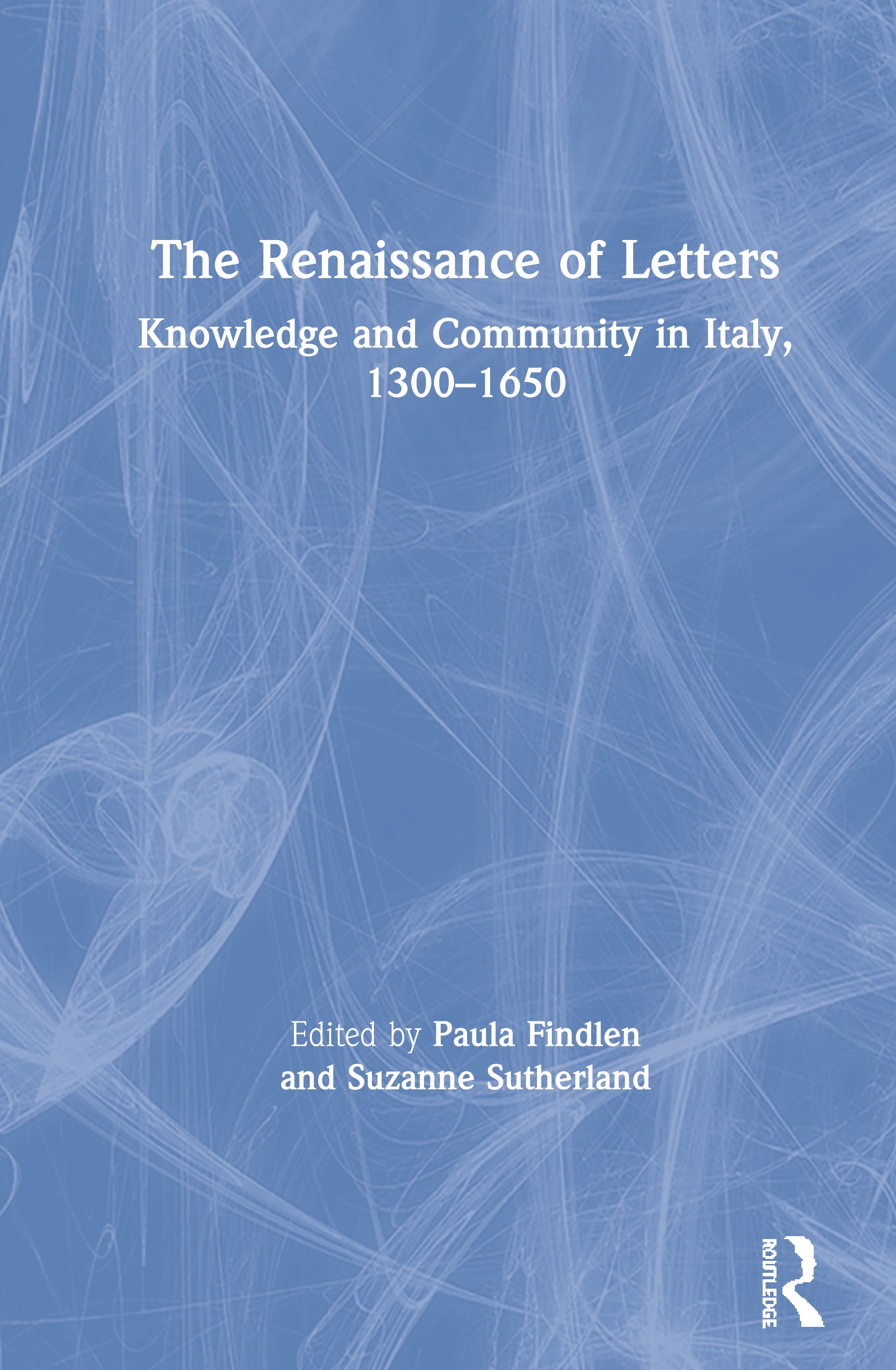 The Renaissance of Letters

The Renaissance of Letters traces the multiplication of letter-writing practices between the fourteenth and seventeenth centuries in the Italian peninsula and beyond to explore the importance of letters as a crucial document for understanding the Italian Renaissance.

This edited collection contains case studies, ranging from the late medieval re-emergence of letter-writing to the mid-seventeenth century, that offer a comprehensive analysis of the different dimensions of late medieval and Renaissance letters—literary, commercial, political, religious, cultural, social, and military—which transformed them into powerful early modern tools. The Renaissance was an era that put letters into the hands of many kinds of people, inspiring them to see reading, writing, receiving, and sending letters as an essential feature of their identity. The authors take a fresh look at the correspondence of some of the most important humanists of the Italian Renaissance, including Niccolò Machiavelli and Isabella d'Este, and consider the use of letters for others such as merchants and physicians.

This book is essential reading for scholars and students of Early Modern History and Literature, Renaissance Studies, and Italian Studies. The engagement with essential primary sources renders this book an indispensable tool for those teaching seminars on Renaissance history and literature.

Chapter One: Letters, Networks and Reputation among Francesco di Marco Datini and his Correspondents

Chapter Two: Ciriaco of Ancona and the Limits of the Mediterranean Network

Chapter Six: Writing a Letter in 1507: The Fortunes of Francesco Vettori’s Correspondence and the Florentine Republic

Chapter Eight: The Cardinal’s Dearest Son and the Pirate: Venetian Empire and the Letters of Giovan Matteo Bembo

Chapter Twelve: Publishing the Baroque Post: The Postal Itinerary and the Mailbag Novel

Chapter Thirteen: War, Mobility, and Letters at the Start of the Thirty Years War, 1621-23

Epilogue: Lives Full of Letters: From Renaissance to Republic of Letters

Paula Findlen is Ubaldo Pierotti Professor of Italian History at Stanford University, USA. She is the author of Possessing Nature: Museums, Collecting and Scientific Culture in Early Modern Italy (1994) and many other publications on Renaissance / early modern Italy and the history of science. Professor Findlen is the 2016 recipient of the Premio Galileo for her contributions to understanding Italian culture.

Suzanne Sutherland is an Assistant Professor of Early Modern European History at Middle Tennessee State University, USA. She is finishing a book on early modern military entrepreneurs and has worked on Stanford’s Mapping the Republic of Letters interdisciplinary digital humanities project since 2008.