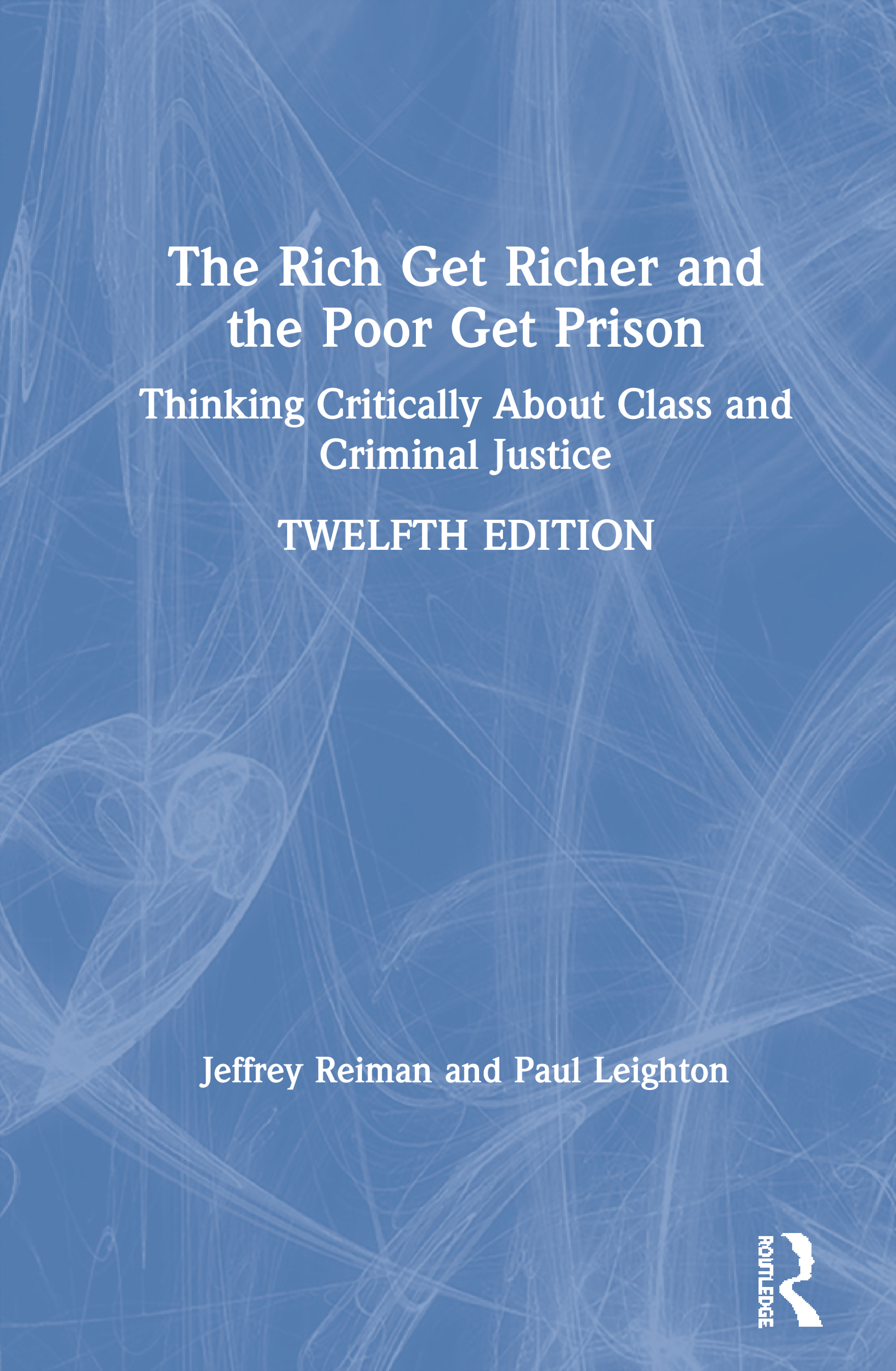 The Rich Get Richer and the Poor Get Prison

For 40 years, this classic text has taken the issue of economic inequality seriously and asked: Why are our prisons filled with the poor? Why aren’t the tools of the criminal justice system being used to protect Americans from predatory business practices and to punish well-off people who cause widespread harm?

This new edition continues to engage readers in important exercises of critical thinking: Why has the U.S. relied so heavily on tough crime policies despite evidence of their limited effectiveness, and how much of the decline in crime rates can be attributed to them? Why does the U.S. have such a high crime rate compared to other developed nations, and what could we do about it? Are the morally blameworthy harms of the rich and poor equally translated into criminal laws that protect the public from harms on the streets and harms from the suites? How much class bias is present in the criminal justice system – both when the rich and poor engage in the same act, and when the rich use their leadership of corporations to perpetrate mass victimization?

The Rich Get Richer

shows readers that much of what goes on in the criminal justice system violates citizens’ sense of basic fairness. It presents extensive evidence from mainstream data that the criminal justice system does not function in the way it says it does nor in the way that readers believe it should. The authors develop a theoretical perspective from which readers might understand these failures and evaluate them morally—and they to do it in a short text written in plain language.

Readers who are not convinced about the larger theoretical perspective will still have engaged in extensive critical thinking to identify their own taken-for-granted assumptions about crime and criminal justice, as well as uncover the effects of power on social practices. This engagement helps readers develop their own worldview.

Introduction: Criminal Justice Through the Looking Glass, or Winning by Losing

4. To the Vanquished Belong the Spoils: Who Is Winning the Losing War Against Crime?

Appendix I: The Marxian Critique of Criminal Justice

Appendix II: Between Philosophy and Criminology

Jeffrey Reiman is the William Fraser McDowell Professor Emeritus of Philosophy at American University in Washington, DC. Dr. Reiman is the author of In Defense of Political Philosophy (1972), Justice and Modern Moral Philosophy (1990), Critical Moral Liberalism: Theory and Practice (1997), The Death Penalty: For and Against (with Louis P. Pojman, 1998), Abortion and the Ways We Value Human Life (1999), As Free and as Just as Possible (2012), and more than 60 articles in philosophy and criminal justice journals and anthologies.

is a Professor in the Department of Sociology, Anthropology and Criminology at Eastern Michigan University. Dr. Leighton is the co-author of Punishment for Sale (with Donna Selman, 2010) and Class, Race, Gender and Crime (with Gregg Barak and Allison Cotton, 5th edition, 2018). He has been President of the board of his local domestic violence shelter and is currently head of the advisory board of his university’s food pantry.