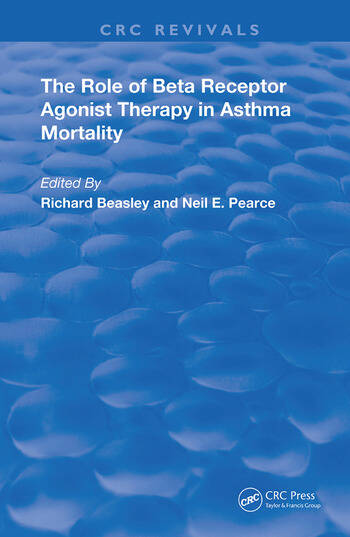 First published in 1993, the Role of Beta Receptor Agonist Therapy in Asthma Mortality provides the first comprehensive review of the role of beta-receptor agonist drug therapy and asthma mortality. The book includes sections on the epidemiological and experimental methods used to examine possible relationships between beta-agonist drug therapy and asthma mortality. It also reviews the development of beta-agonist drugs and the long-term trends in asthma mortality to present a historical perspective. Internationally respected experts have contributed to this unique volume, making it essential for epidemiologists, pharmacologists, and researchers in clinical medicine and public health.