The Romans
An Introduction 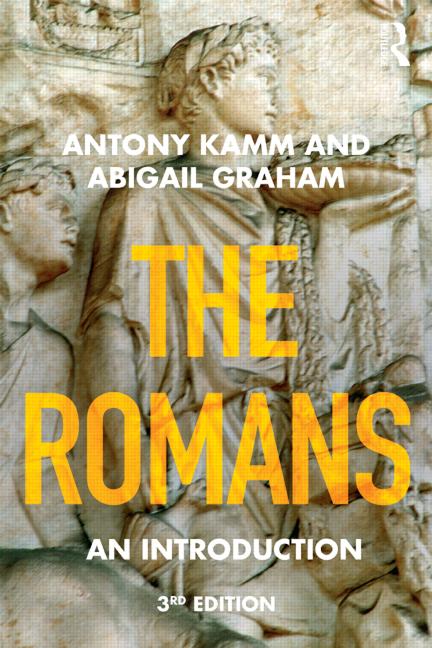 The Romans: An Introduction

The Romans: An Introduction, 3rd edition engages students in the study of ancient Rome by exploring specific historical events and examining the evidence. This focus enables students not only to learn history and culture but also to understand how we recreate this picture of Roman life. The thematic threads of individuals and events (political, social, legal, military conflicts) are considered and reconsidered in each chapter, providing continuity and illustrating how political, social, and legal norms change over time.

This new edition contains extensive updated and revised material designed to evoke the themes and debates which resonate in both the ancient and modern worlds: class struggles, imperialism, constitutional power (checks & balances), the role of the family, slavery, urbanisation, and religious tolerance. Robust case studies with modern parallels push students to interpret and analyze historical events and serve as jumping off points for multifaceted discussion.

Those with an interest in classical language and literature, ancient history, Roman art, political and economic systems, or the concept of civilization as a whole, will gain a greater understanding of both the Romans and the model of a civilization that has shaped so many cultures.

Antony Kamm read Classics and English at Oxford University. He was Lecturer in Publishing Studies at the University of Stirling 1988–95. His publications include the Collins Biographical Dictionary of English Literature (1993), The Israelites: An Introduction (1999), The Last Frontier: The Roman Invasions of Scotland (2004) and Julius Caesar: A Life (2006).

is Lecturer in Ancient History at the University of Warwick. She specializes in the epigraphy and monumentality of the ancient world and conducts a biennial postgraduate course in epigraphy for the British School at Rome. She has published The Roman Empire: A Brief History (2008).

"For students of Roman civilization, the third edition of Antony Kamm's Romans provides a concise introduction to the history, culture, and society of Ancient Rome. This latest edition does a fine job of capturing the current state of scholarship, especially as it relates to early Rome. Overall, the author is able to weave literary and material evidence with critical scholarship to present Roman history and society as it was and as the Romans themselves conceived of it. The author's casual style and the multiple comparisons with American history will make the material more accessible to undergraduates studying Rome for the first time. The expanded treatment of Roman women along with the new material on Christianity, Judaism, and late Antiquity will give the third edition even wider appeal."-Joseph A. DiLuzio, Baylor University, USA