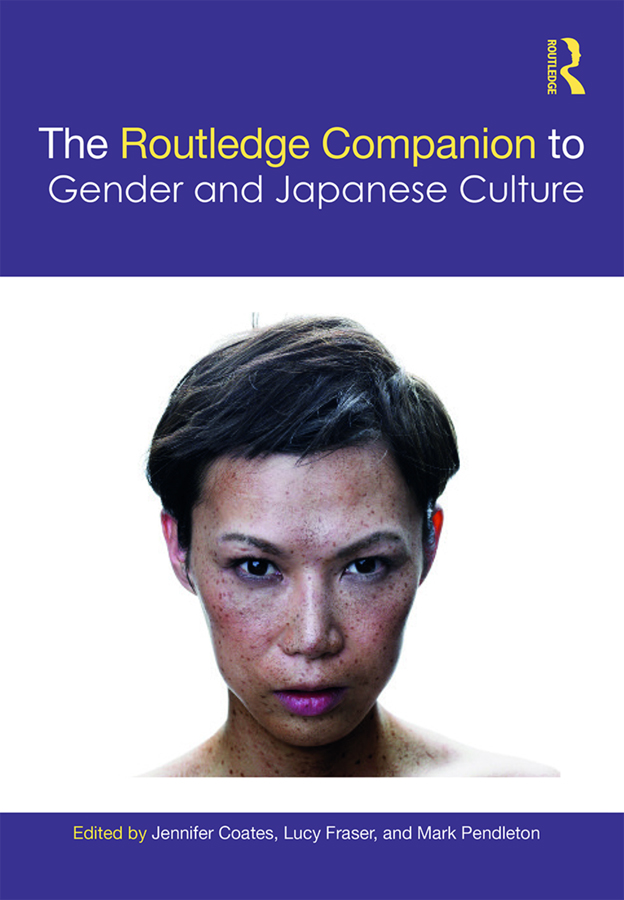 The Routledge Companion to Gender and Japanese Culture

This Companion is a comprehensive examination of the varied ways in which gender issues manifest throughout culture in Japan, using a range of international perspectives to examine private and public constructions of identity, as well as gender- and sexuality-inflected cultural production.

The Routledge Companion to Gender and Japanese Culture features both new work and updated accounts of classic scholarship, providing a go-to reference work for contemporary scholarship on gender in Japanese culture. The volume is interdisciplinary in scope, with chapters drawing from a range of perspectives, fields, and disciplines, including anthropology, art history, history, law, linguistics, literature, media and cultural studies, politics, and sociology. This reflects the fundamentally interdisciplinary nature of the dual focal points of this volume—gender and culture—and the ways in which these themes infuse a range of disciplines and subfields.

In this volume, Jennifer Coates, Lucy Fraser, and Mark Pendleton have brought together an essential guide to experiences of gender in Japanese culture today—perfect for students, scholars, and anyone else interested in Japan, culture, gender studies, and beyond.

"The Routledge Companion to Gender and Japanese Culture is an unprecedented collection of new and updated accounts of original texts which constitutes the most comprehensive overview of both classic and contemporary scholarship in the field of gender and culture. This interdisciplinary-based volume analyzes the distribution of power across genders from all aspects of life in Japan and challenges us to re-examine the crossroads of culture and gender."

"At last, a handbook on Japanese gender. And one which is both comprehensive and up-to-date in terms of coverage, methodology and theory. This should rightly go straight on to the reading lists of anyone teaching courses on contemporary Japan."

"The Routledge Companion to Gender and Japanese Culture offers a wide range of refreshing and critical perspectives on genders and Japanese culture. Particularly impressive is how this volume tackles the complex intersecting issues of gender, race, ethnicity, class, and others. It is informative, accessible, essential reading for anyone who wishes to have a comprehensive understanding of genders in Japan."

"The Routledge Companion to Gender and Japanese Culture is an important and useful resource with a broad scope of essays from accomplished scholars. This vital collection faithfully reflects the history of the field and paves the way for future research and pedagogy on gender and society in Japan."

Part I: Theorizing and Historicizing Gender and Japanese Culture

7. Gender and Ethnicity in Urban Japan

8. Gender and the Koseki

9. Attitudes to Marriage and Childbearing

10. Family, Inequality, and the Work-Family Balance in Contemporary Japan

11. Intimacy in and Beyond the Family

14. Religion and Gender in Japan

15. Gender and the Law: Progress and Remaining Problems

16. Gender and the Workplace

21. Lesbians and Queer Women in Japan

22. Gender and Musical Subcultures in Japan

23. Gender in Digital Technologies and Cultures

25. Myths of Masculinity in the Martial Arts

26. The Continuum of Male Beauty in Contemporary Japan

33. Gender, Media, and Misogyny in Japan

37. Genre and Gender: Romantic Friendships and the Homosocial Imperative in the Ninkyō (Chivalrous) Genre Film

38. Girls with Arms and Girls as Arms in Anime: the Use of Girls for "Soft" Militarism

39. Beyond the "Parasite Single"

Jennifer Coates is Senior Lecturer in Japanese Studies at the School of East Asian Studies, University of Sheffield. She is the author of Making Icons: Repetition and the Female Image in Japanese Cinema, 1945–1964 (2016), as well as journal articles and book chapters on cinema and audiences in postwar and contemporary Japan. Her current ethnographic research project focuses on early postwar film audiences in Japan.

is Lecturer in Japanese at The University of Queensland, where she teaches Japanese literature, popular culture, and language. She researches fairy tale studies in Japanese and English, with particular interests in ideas of gender and animals in retellings of folktales and traditional stories. She is the author of The Pleasures of Metamorphosis: Japanese and English Fairy Tale Transformations of “The Little Mermaid” (2017). She has translated short stories by writers such as Kawakami Hiromi and Hoshino Tomoyuki and literary and cultural studies criticism by scholars such as Kan Satoko, Fujimoto Yukari, and Honda Masuko.

Mark Pendleton is Lecturer in Japanese Studies at the University of Sheffield. A cultural and social historian by training, his research interests lie in modern and contemporary Japan, East Asian memory studies, and transnational histories of gender and sexuality. He has published in a number of academic journals including Japanese Studies and Asian Studies Review , and has contributed book chapters on topics related to historical justice and memory, transnational sexual politics in East Asia, and Japanese dark tourism. He is a member of the editorial committee of leading history journal History Workshop Journal .