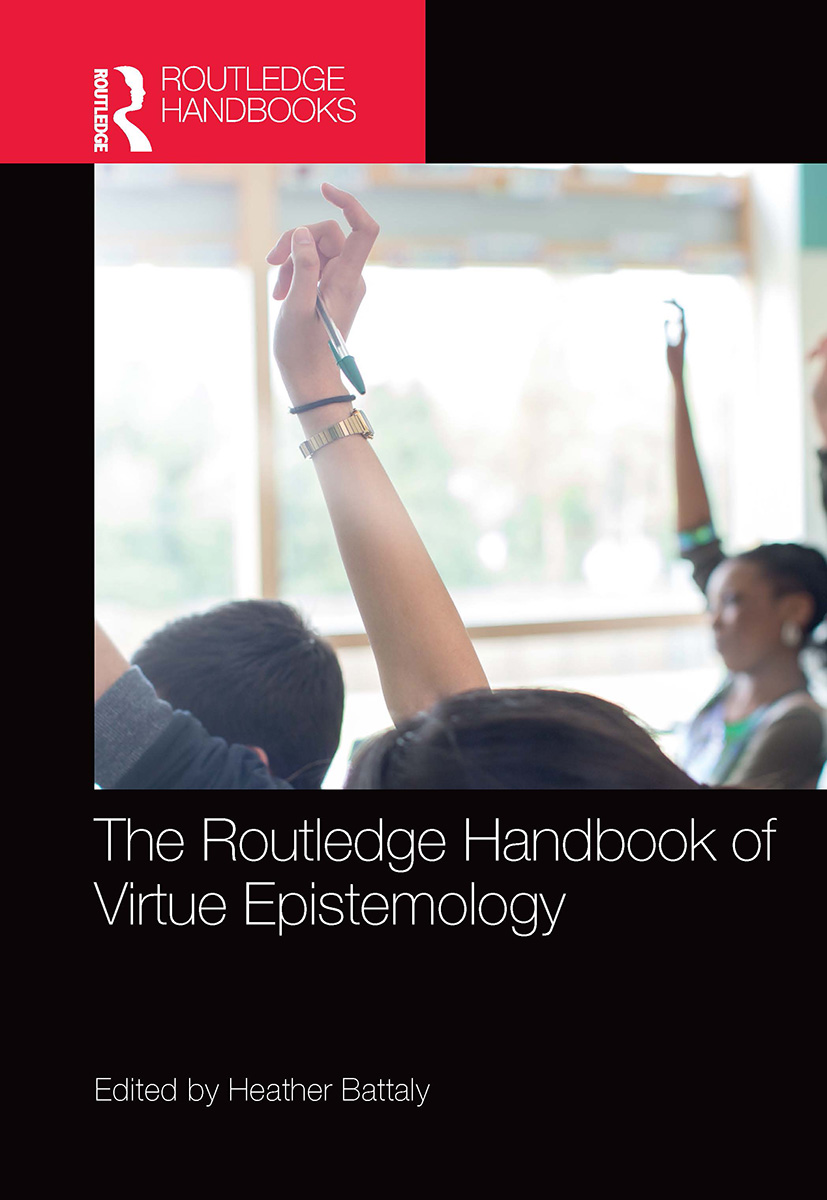 The Routledge Handbook of Virtue Epistemology

What is an epistemic virtue? Are epistemic virtues reliable? Are they motivated by a love of truth? Do epistemic virtues produce knowledge and understanding? How can we develop epistemic virtues? The Routledge Handbook of Virtue Epistemology answers all of these questions. This landmark volume provides a pluralistic and comprehensive picture of the field of virtue epistemology. It is the first large-scale volume of its kind on the topic. Composed of 41 chapters, all published here for the first time, it breaks new ground in four areas.

The contributing authors are pioneers in the study of epistemic virtue. This volume is an outstanding resource for students and scholars in philosophy, as well as researchers in intersecting fields, including education, psychology, political science, and women’s studies.

"This superb volume is a who's who of virtue epistemology. Virtually every major contributor to the field, including its founding fathers and mothers, has contributed an essay, and the standard of the contributions is as high as one would expect. In terms of its range, depth and originality there is no better book on the subject. Highly recommended."

"By philosophy’s standards, virtue epistemology is young. It is also highly promising, both as a way of thinking about traditional epistemological challenges and as a way to lead epistemologists along new pathways. So this fine book is timely, an excellent resource for understanding a potentially significant element within future epistemological research. The chapters on the wider world of the intellect and socially engaged action, and those on individual epistemic virtues, are especially distinctive and welcome."

"Battaly’s volume is a masterful scholarly accomplishment, a joy to read, and an inspiring collection of essays that will spark new debates in virtue epistemology. The volume contains brilliantly edited, cutting-edge scholarship with exceptional depth and breadth. It is a must-read for those interested in normative and practical issues in epistemology, and for those interested in epistemic issues in ethics, political philosophy, and practical and applied philosophy."

Heather Battaly is Professor of Philosophy at the University of Connecticut, having previously taught at California State University, Fullerton. She is author of Virtue (2015), editor of the Journal of Philosophical Research, and associate editor of the Journal of the American Philosophical Association. She is currently working on a book on intellectual vice.