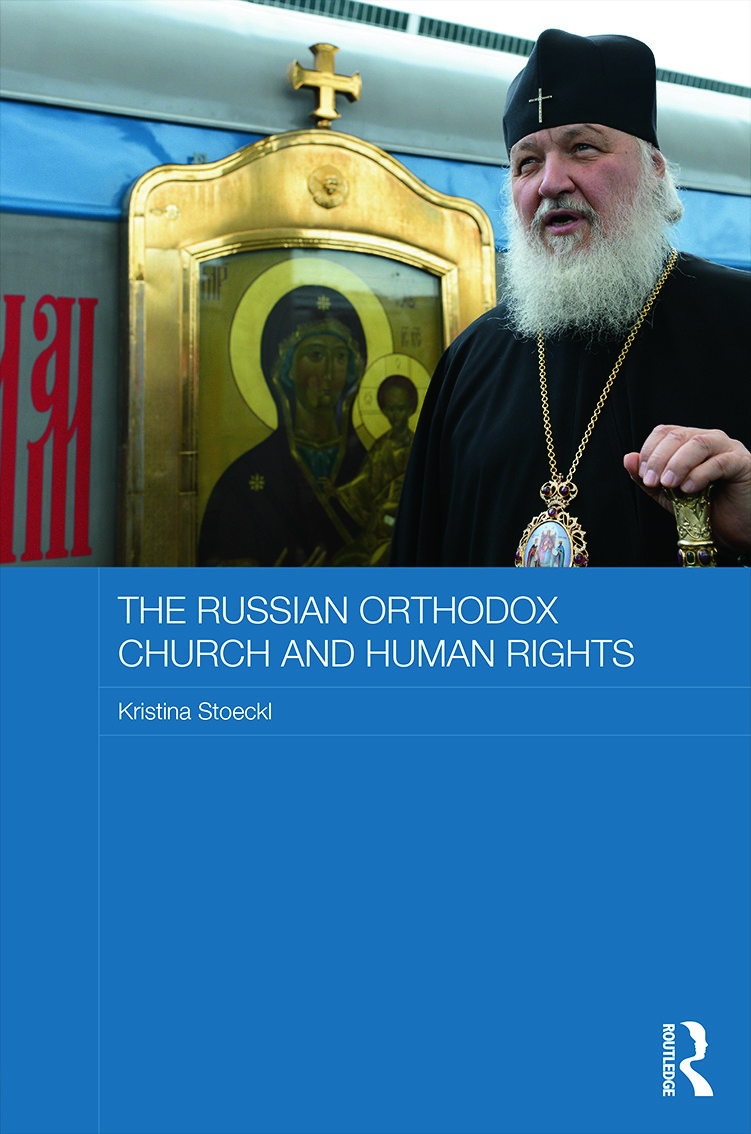 "Stoeckl’s book is of a high academic standard and her writing style is fresh and engaging."

"In summary, Stoeckl’s work is a good… introduction to the ROC’s present views on human rights. It is also a reminder that the contemporary ‘return’ of religion to the public sphere is not merely about Islam’s influence or its ‘incongruity’ with democracy and Western values — particular forms of Christianity also have their say in that debate. The book is also the beginning of a more in-depth analysis of various phases and cases of the ROC’s reorientation regarding human rights issues. It is desirable that this analysis continues."

"It must be stressed that Stoeckl brings a novel, engaging and constructive approach to her research on the ROC and human rights debate, as well as to developing the instrument and the language for interdisciplinary research in a context where there has been, up to now, only limited theological and socio-political study… Together with introducing the ROC debate on human rights into broader Orthodox theological discussions (in particular, theological arguments from Greek Orthodox thought), the author presents a balanced and well-argued position on the highly politicized topic of Church engagement around the human rights agenda."

Kristina Stoeckl is a Research Associate in the Department of Political Sciences at the University of Vienna, Austria.

Routledge Religion, Society and Government in Eastern Europe and the Former Soviet States

This Series seeks to publish high quality monographs and edited volumes on religion, society and government in Eastern Europe and the former Soviet states by focusing primarily on three main themes: the history of churches and religions (including but not exclusively Christianity, Islam, Judaism and Buddhism) in relation to governing structures, social groupings and political power; the impact of intellectual ideas on religious structures and values; and the role of religions and faith-based communities in fostering national identities from the nineteenth century until today.

The Series aims to advance the latest research on these themes by exploring the multi-facets of religious mobilisation at local, national and supranational levels. It particularly welcomes studies which offer an interdisciplinary approach by drawing on the fields of history, politics, international relations, religious studies, theology, law, sociology, and anthropology.